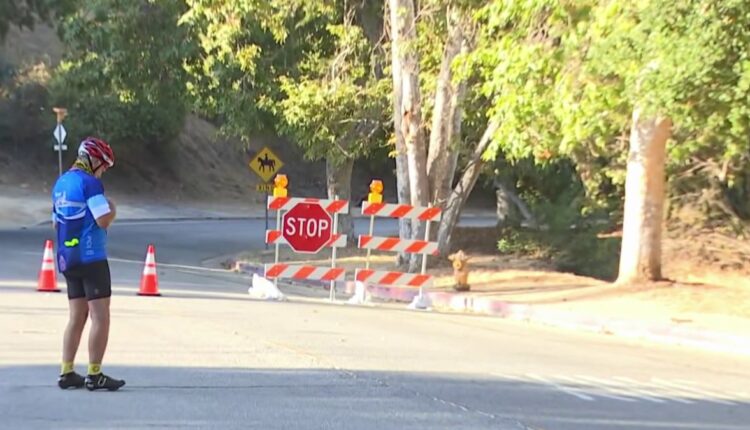 A stretch of Griffith Park Drive is closed to traffic to make room for cyclists, runners, and walkers.

It’s part of an on-going effort to make Griffith Park safer for pedestrians after a cyclist was hit and killed while riding through the park in April.

Griffith Park Drive between Travel Town near the 134 and up the hill near Mount Hollywood will be closed off to traffic as part of a pilot program.

“I see a lot of traffic coming really close to me when I’m running,” said Mary Rosas to a runner in the area. “I think it’s a good idea to close it.”

Many pedestrians that NBC4 spoke with say they hope it becomes permanent.

“As a pedestrian, I think it’s a great idea,” said Steven De Leon who is a runner. “I’ve been running here for the past 15 years and people fly through here.”

It’s an issue Damian Kevitt, Founder of ‘Streets Are For Everyone,’ has been fighting for years with renewed urgency just recently.

“Griffith Park has really become a commuter cut-through for the 5 (freeway),” Kevitt said. “Unfortunately it took a tragedy for this transformation to become an idea on paper to reality.”

“Andrew was amazing,” said Andre Goeritz whose husband was killed while cycling. “He was an amazing, loving, giving person.”

The 77-year-old was training for a charity ride in April when he was hit and killed by an accused drunk driver speeding through the park.

Jelmert’s husband is calling on local leaders and safe-street advocates to help make the pilot program permanent after it’s evaluated over at least the next six weeks.