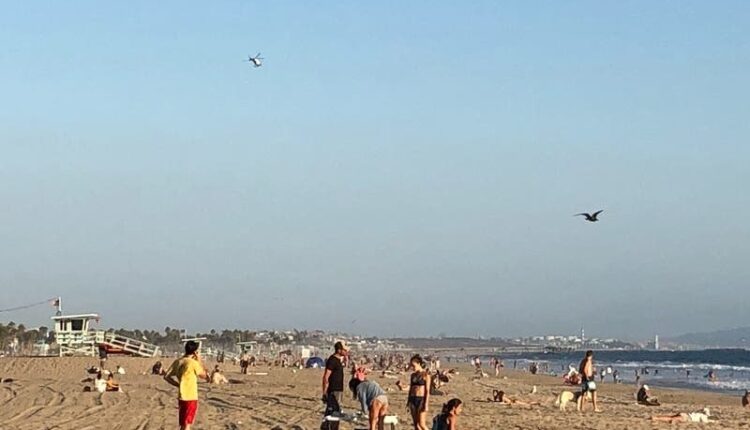 SANTA MONICA, CA – An overwhelming amount – 17 million gallons of untreated sewage – was spilled into the Pacific Ocean last month, prompting health officials on Friday to brief swimmers and surfers and warn of bacterial levels exceeding state standards in the ocean .

The Los Angeles County’s Department of Health issued an updated warning Thursday night for the following beaches and areas:

The warnings have been lifted for the following beach areas where recent sample results have determined water quality levels within government standards:

A July 11 power outage at the Hyperion treatment plant resulted in 17 million gallon wastewater pollution in Santa Monica Bay. Beaches from El Segundo to LA County’s Dockweiler RV Park have closed and then reopened. Over the past week, warnings have been issued for several beaches north of the leak, including Marina del Rey, Santa Monica, Pacific Palisades and Malibu.

Rep. Ted Lieu on Tuesday called for an investigation by the Environmental Protection Agency and the National Oceanic and Atmospheric Administration.

“When the City of Los Angeles drained this sewage and the facility operators tried to make repairs, key local first responders and nearby cities were not immediately notified of the discharge into the nearby ocean,” he said, adding that it may be against California law from 2007 was created to improve the reporting of wastewater pollution.

Councilor Paul Krekorian of the Energy, Climate Change, Environmental Justice and River Committee on Thursday criticized irresponsible members of the public for not properly disposing of garbage and called on the city to find ways to prevent future incidents.

“The cause of this problem wasn’t staff failure, it wasn’t infrastructure failure, it was people doing stupid, irresponsible things. It was people doing irresponsible things and then expecting the mom government to clean up behind them.” Krekorian said during the meeting of the Energy, Climate Change, Environmental Justice and Flow Committee of the Los Angeles City Council.