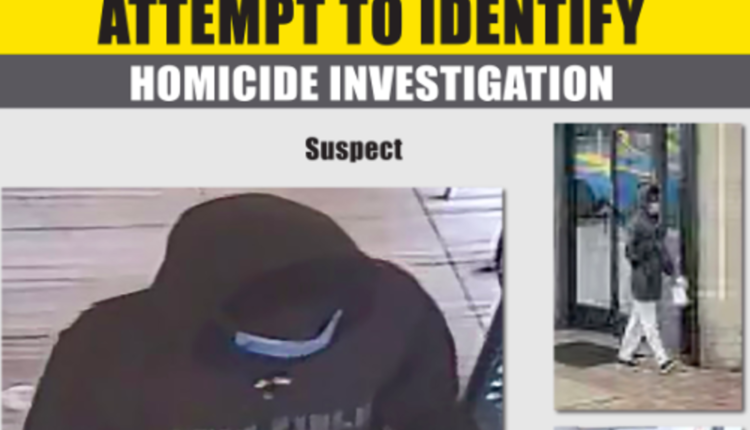 Authorities are seeking public assistance in locating a man who they fatally believe stabbed a homeless veteran on the Los Angeles City College Campus back in early November.

the initial incident occurred on Nov. 7 at around 2 pm, when Los Angeles County Sheriff’s Department deputies were dispatched to a parking garage on campus after learning that a person was suffering from several stab wounds to the upper body. He was under a staircase in the garage when he was attacked.

The victim, who has been identified as Delbert Ray Collett, 64, was pronounced dead at the scene. Collett was a US Army Veteran and attended classes at the college back in 2014. He previously lived in Alaska, Oklahoma and Montana.

After nearly a month of searching, deputies are now asking the public for help in identifying the suspect.

Surveillance footage from the scene shows the suspect, described as a male who stands about 5’7″ tall and weighs around 160 pounds, wearing a black shirt, black jacket, white shorts and blue shoes on the day of the crime.

LACC campus was locked down for several hours as a result of the attack.

Additionally, LASD deputies are hoping to be put in contact with family members of Collett’s.

The CBS LA Staff is a group of experienced journalists who bring you the content on CBSLA.com.