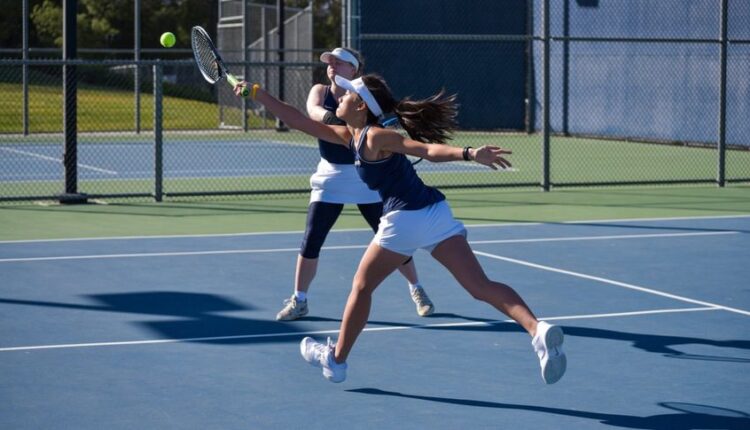 College of the Canyons Women’s Tennis traveled to Santa Monica College and tackled on its eighth straight conference win as the Cougars bested the Corsairs in a 6-3 road victory on Thursday, March 3.

the no 2 doubles team of Jennifer Russel and Lauren Hannah were the first to put a point up for the Cougars winning their set 8-2. Shortly after No. 3 pair Hannah Heiber and Lauren Neal won with an 8-1 triumph.

Ashley Villarta faced off in first position in singles and Lexi Paunovic in second. Though both fell to their SMC (3-5) opponents, the rest of the Cougars won out.

Russell performed in the No. 3 position winning in three sets. Neal followed in suit, from the No. 4 spot, after also battling through three sets.

No. 5 Heiber and No. 6 Hannah captured their respective points in just two sets, bringing the Cougars to a winning total of 6-3.

Canyons has four matches left in Western State Conference play and will strive to defend its undefeated position at home on Tuesday March 8 vs. Ventura College (4-4, 3-4).

Full Results from Thursday’s match at Santa Monica are below: