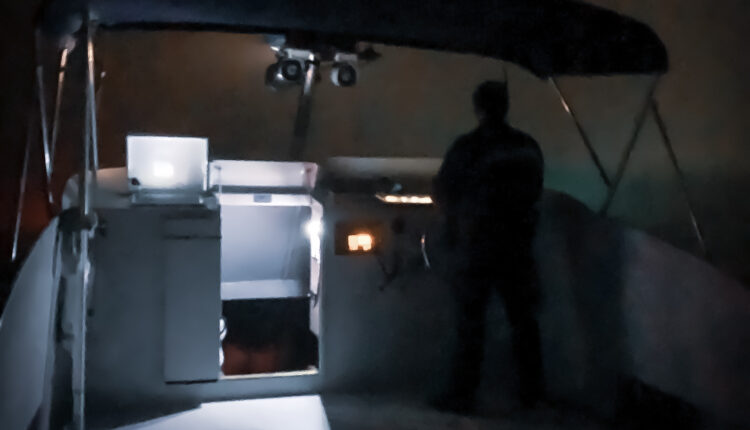 The owner and sole occupant of the 24-foot motorboat reported that he was lost in thick fog near the southern end of the Santa Monica city limits and threatened to run aground in the surf.

The PHSOs responded immediately from the pier on Monica-1, a 30-foot seaborne lifeboat that carries a range of devices to mitigate hazards on the pier, offshore, in the open sea, and underwater. The ship is also equipped with electronic navigation equipment such as radar, GPS / plotter, echo sounder and a radio direction finder to aid search and rescue missions in the event of restricted visibility.

The PHSOs established a radio link with the ship, the United States Coast Guard, and LA County’s lifeguards. The thick fog limited the view to about 9 meters, so the PHSOs had to navigate entirely with instruments. PHSOs, with the help of officers from the Downtown Services Unit, located the ship near the 3000 block of the beach, almost in the surf zone. They escorted the ship through the persistent thick fog to the entrance of Marina del Rey, where the escort was transferred to the LA County Lifeguard’s Baywatch boat and safely returned to the marina.