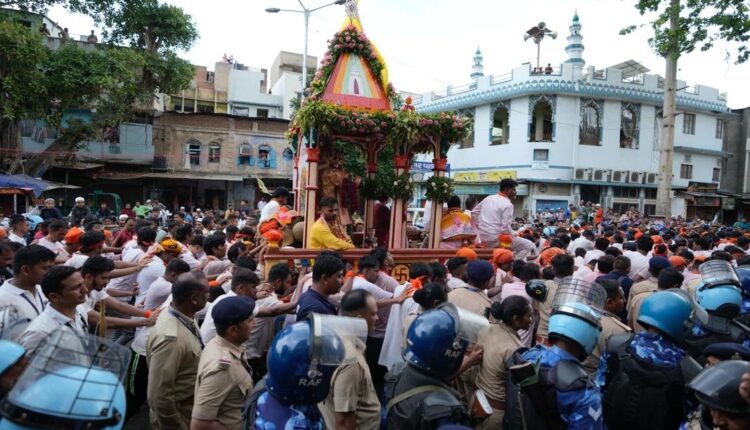 SANTA MONICA, CA — The Festival of Chariots, otherwise known as Ratha-yatra or “cart-festival” is expected to bring 40,000 people to march from Santa Monica to Venice Beach on Sunday.

The ancient tradition originates from India and commemorates the glorification of God, according to a news release. The festival attracts millions in India each year.

Main Street will be closed to motorists at 8 am and will reopen at 11:30 am

The parade was first brought to the US in 1967 by AC. Bhaktivedanta Swami Prabhupada.

In Los Angeles, the parade is celebrated on the first Sunday morning of August. Parade-goers will be able to enjoy a procession of three glittering red, blue and gold ancient-style Indian chariots as they weave slowly through Santa Monica and Venice.

The chariots are pulled by participants, not motors, according to a release from FestivalofChariots.com.

The LA chariot festival will begin by the Santa Monica Civic Auditorium and head south on Main Street from Pico to the end o the city limits before finishing in Venice Beach.

The festival is a reenactment of a story in ancient India, when a king was helped along his way to see his old home. Participants who help carry the chariot or render any service during the parade is considered good karma.

“According to the ancient scriptures of India, it is the very means of transcendence and awards one liberation from samsara, the cycle of repeated births and death,” a news release from the festival states.