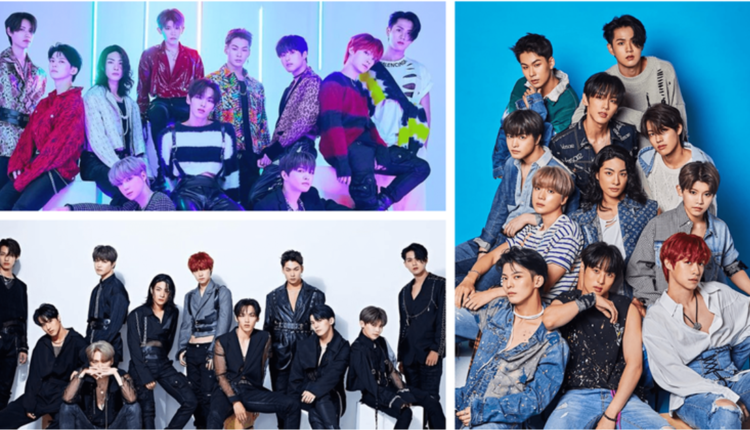 The K-pop rookie boy group NIK, which consists of 11 members from Korea and Japan, debuted on September 27 with the mini-album ‘Santa Monica / Universe’. The members were selected from a joint audition program called ‘G-Egg’. The group originally consisted of 11 members, but after the departure of Korean member Sihyuk, who left the group on Mach 26, it was reduced to 10 members. But in April Taehoon joined the group, bringing the total membership back to 11. The group is made up of idols who have been members of other groups, or trainees from other agencies, or have participated in other survival shows like Produce 101. The current line-up of the group consists of six South Koreans – Gunmin, Hyeonsu, Park Ha, Ko Gun, Yunsol and Taehoon and five Japanese – Ryuta, Fumiya, Taichi, Hinata and Ryo.

Hybe starts survival show ‘I-Land 2’, fans hope Chaewon and Sakura will not be there

The new group could be described as both a J-pop act and a K-pop group; The name of the group is an acronym for the English words “New”, “Inspire” and “Kindle”. The words together mean something that has never been done, that inspires people’s hearts and that burns emotions. With their debut, the group also announced their fandom name – “NIK Island” – while their fans will be called “Nikee”. On September 27th, NIK released a showcase to commemorate the release of ‘Santa Monica / Universe’.

The mini-album’s title track, ‘Santa Monica’, is a song where you can enjoy NIK’s energetic voice and rap along with a bright, exciting and addicting melody. The lyrics express the heart of a man who has a sweet but bold idea that he wants to go on a honeymoon with ‘Monica’. The B-side track ‘Universe’ is a song with an exquisite harmony of hip-hop beats with EDM elements, synth sounds and brass. During their debut showcase, the members of the group wore dark clothes and showed a demanding performance full of charisma.

After much training, the members of NIK were very excited to make their debut. Given the ongoing pandemic, travel restrictions caused members of the group to cease their activities and delay their debut. The group leader Gunmin said, “Before the debut showcase, there were many things. After a long wait, we were finally able to perform on stage. This place is even more meaningful.” Member Fumiya added, “It was nice to perform together and I’m really looking forward to what kind of stage we’ll be playing in the future.”

The group will start their full-fledged activities with music shows in the future. Gunmin said, “There are many idol groups these days with outstanding skills, but I think we have to work hard to surpass them. Our strength seems to be our will to change one thing for the better.” Ryo, a Japanese member of the group, said, “We met at the same time, and the preparation time was long, so I think stickiness is a weapon. Our diverse personalities are also our charm. “

Choosing BTS as their role model, NIK said with strong determination, “It is our dream to do a dome performance in Korea and Japan.” When asked about their dreams, Fumiya said, “It is my dream, the dream making each member come true “while member Gun said,” It is my dream to win first place on a music show and do a concert. “

According to study, children got fat during the COVID pandemic – NBC Los Angeles