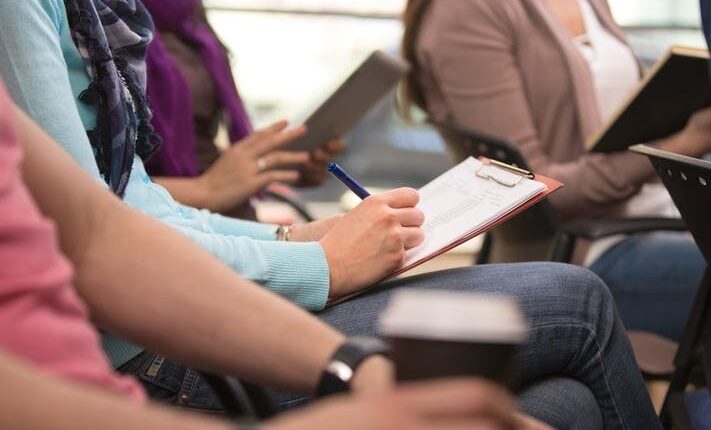 Many school districts are focusing on the education and registration of young voters as National Voter Registration Day is just around the corner and the California Department of Education’s biannual Electoral Education Week comes to an end. Despite these efforts, the registration rate of young voters in Los Angeles County remains low.

“High School Voter Education Week focuses on the critical role educators and students need to play in making young people heard by helping them register to vote,” said Laura W. Brill, Founder and Director of the center, in a statement.

In conjunction with the effort, the Civics Center also launched the LA County Future Voter Scorecard campaign, which measures the effectiveness of the county’s school districts in improving the low enrollment rates of young voters. The scorecard ranks schools based on the number of registered voters who turned 18 in the six months following the November 2020 general election.

“The results are not good,” the Civics Center said in a blog post. “Ignoring the voter registration is not without consequences. Many graduates in May and June 2021 are no longer in an educational environment. Many missed the gubernatorial vote and it will be difficult to find them and register in time for important local, state and federal elections that will take place in 2022. ”

Schools don’t help their students register, even though California electoral law requires a school to do “everything in their power” to ensure students sign up to vote, according to The Civics Center.

School districts with good in-school programs, such as Culver City and Redondo Beach, have higher enrollment rates, the center said in a press release.

But stereotypes that teenagers are grumpy and politically apathetic are not true, said Satinder Hawkins, who recently organized a voter registration for the Santa Monica-Malibu Unified School District.

“In my experience … students are very interested in the world. They are very curious about how it works, and that’s one of the most enjoyable things for me about being an educator. You can work with children who are really simple want to know: Why is the world the way it is? ” said Hawkins. She added, “The vast majority of students are curious and interested, and positive and optimistic.”

The California State Board of Education has also recognized the importance of civic education. The board of directors recently created a new “State Civic Engagement Seal” that recognizes student participation and understanding of democracy, the constitutions of the United States and California, and more. State seals appear on students’ diplomas and transcripts, according to the Orange County Department of Education.

“Citizenship education should be an ongoing learning experience. It is important to ensure that our students learn to become active and engaged participants in our democracy. It’s never too early to motivate our students to get involved, ”said Tony Thurmond, principal of public education for the California Board of Education.

– City News Service and Emily Rahhal contributed to this story.