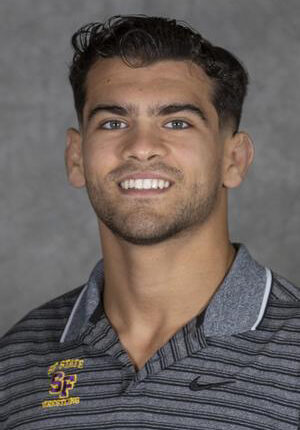 A Santa Monica man remains missing after being swept out to sea in Northern California.

Hamzah Al-Saudi, 22, was with two friends in Pacifica when the three entered the water at about 10:30 am on Jan. 19. While in the water, Al-Saudi was struck by a large wave and pulled away from shore. While the other two swimmers were able to exit the water and call for help, Al-Saudi never came out of the water.

“Officers and fire fighters searched the area and surrounding beaches for the swimmer without success. Assistance was requested from the US Coast Guard, California State Parks Ocean Life Guards, the California Highway Patrol air unit, and the San Bruno Police Department for use of their drone to aid in the search,” said the Pacifica Police Department last week. “The US Coast Guard responded with aircraft and a surface vessel to assist in the search.”

SFSU released a statement following identification of Al-Saudi as the missing swimmer.

“It is with very heavy hearts that we share news about one of our beloved students and member of our wrestling team. Our thoughts are with Hamzah, his loved ones, and anyone who needs support during this time,” said the university in a statement.

According to SFSU, Al-Saudi is a senior studying political science and minoring in Arab and Muslim Ethnicities and Diasporas (AMED) Studies. The University described him as “a beloved member of the SF State Wrestling team.”

Matthew Hall has a Masters Degree in International Journalism from City University in London and has been Editor-in-Chief of SMDP since 2014. Prior to working at SMDP he managed a chain of weekly papers… More by Matthew Hall