Santa Monica, California, CIO discusses the development of “1990” -like services 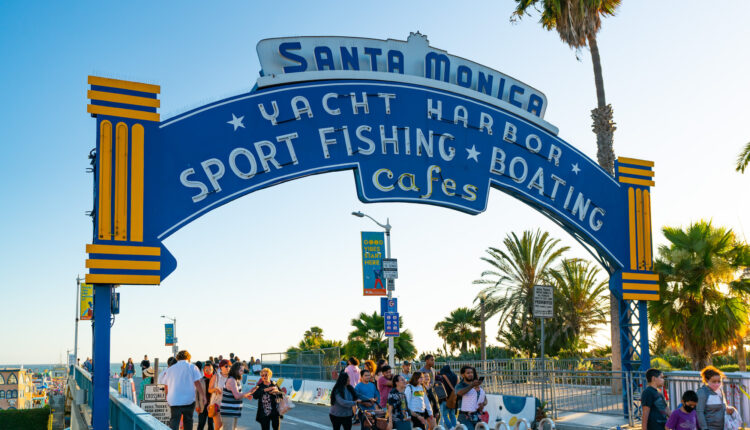 The city of Santa Monica, California, gave residents the ability to access almost all government services from their smartphones with the introduction of a mobile application called “City Hall” earlier this year.

The residents of the city, which is west of downtown Los Angeles, can now access almost all government services with their smartphones. But it hasn’t always been that simple or streamlined, Chief Information Officer Joseph Cevetello told StateScoop this week.

When Cevetello arrived in the coastal city of 93,000 in 2017, it was like “1990” due to the lack of digital services for residents and city workers and the need for paper and face-to-face interactions to facilitate any government transaction. Cevetello, who had no government experience prior to entering the city, told StateScoop that he was surprised, given Santa Monica’s reputation as a sustainable city, that everything required a physical signature. Four years later, almost everyone in the city can work from anywhere and virtually complete almost every transaction thanks to a “robust” six-month, 75-person digital service planning process that Cevetello implemented shortly after his arrival.

“The result of all of this effort was that we had some identified goals for where we wanted the city to go – transforming it, being a digital government and having a digital city hall,” he said.

In planning this transformation, residents and department heads alike were interviewed to find out what they would expect from digital government, but Cevetello said the most important part is building processes that are inherently digital and forward-thinking.

The city has its data on-site, said Cevetello, but to keep up with digital government demands it had to migrate to the cloud. Likewise, the city lacked a system to provide government services to people “where they are”, such as a mobile app for submitting 311 requests, receiving city news, and interacting with public departments.

At the beginning of 2020, after almost three years of planning, 90% of the city’s employees were mobile and work on a GIS-based mobile app for digital services began. Then came COVID-19.

“By the time the pandemic broke out, we had already pushed ahead with our efforts to drive digitization and work towards a digital town hall by introducing our so-called ‘Total Workplace Initiative’, which made it possible for our employees to be anywhere, anytime to work, ”said Cevetello.

The plan was implemented immediately and the city hired 800 people to work remotely in 36 hours – Cevetello claimed without exaggeration.

Two years ago, many of these offices didn’t have laptops or wireless networks. Cevetello had previously set up a learning management system and hired a technology training coordinator to teach city employees how to use laptops, virtual private networks, and other mobile workforce technologies to avoid the headaches many other city IT helpdesks see at the start of the Pandemic plagued. .

“Technology is all about change, and learning and change are completely intertwined, right? If you can’t learn, we can’t change. And if you don’t learn, you don’t change, ”said Cevetello.

The modernization of the city has been seamless since the transition to remote work, said Cevetello. He also said local officials saved approximately 140,000 man hours and $ 3.5 million by converting paper-based processes to digital formats. Santa Monica worked on this with cloud software provider ServiceNow to enable employees “not to have to walk those really big bundles of contracts across town to all those different departments,” he said.

The city’s digital services app also went live in March with real-time updates on local news and events, as well as interactive government service portals. Cevetello said the app will eventually be expanded to include parking services, permit applications and a portal for the local farmers’ market.

“We maximized face-to-face interaction in town hall because our staff felt it was important that people come to town hall and COVID happened and that was turned upside down,” he said. “And we had to be able to continue doing city business and offer services virtually. That is what we are maximizing now. How can we pick you up from wherever you are as often as possible? “

Mask inside again: Thank you, Anti-Vaxxer