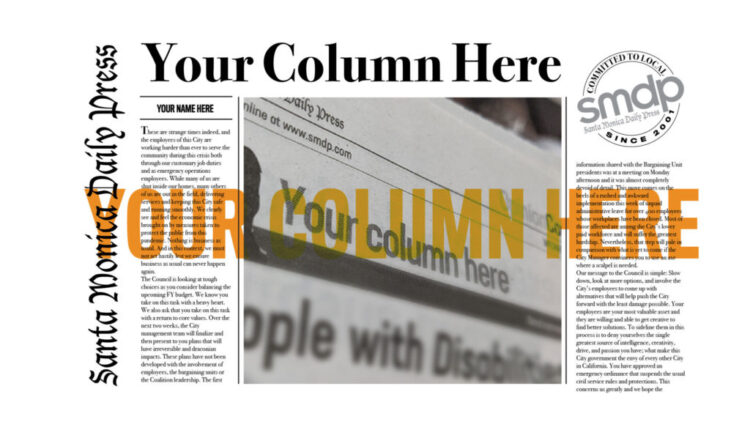 Santa Monica Airport (SMO) continues to sell leaded aviation gasoline (Avgas) at its facilities and allows aircraft to fly in SMO that use leaded avgas. A recent study of Reid-Hillview Airport, commissioned by the County of Santa Clara, found: “A comprehensive and controlled study reviewed 10 years of data; Findings include that the rise in blood lead levels in children downwind from the site is similar to the Flint, Michigan water crisis. “

This was particularly effective based on other Santa Clara County studies: The Office of Communications and Public Affairs essentially found that leaded avgas was a significant risk and that even a little lead is still too much.

A 2010 study by the United States National Emissions Inventory found that leaded aviation fuel “emitted by aircraft using leaded aviation gasoline (avgas) is currently the largest source of lead in the air in the United States, accounting for approximately 50% of lead emissions in the Year 2005 ”. National emissions. ”A more recent study from 2021 suggests that the contribution of avgas emissions to the lead content in the air is currently closer to 70%.

While the situation with Reid-Hillview Airport seems like new news, this information has been known to SMO and the City of Santa Monica for at least 10 years. Miranda et al. state, “A study at Santa Monica Airport in California found that the highest concentrations of lead occur near airport runways and decrease exponentially with distance from an airport, decreasing to background levels around 1 km.” The study by Miranda et al. from 2011 used “… geographic information systems on the approximate vicinity of airports, where lead from Avgas can be present in high concentrations in the air and also be deposited in the ground.” They concluded that a significant relationship between the potential Exposure to lead emissions from Avgas and blood lead levels in children was found, particularly within 1 km.

A major concern is how exposure to leaded avgas on children who live nearby, play in adjacent parks, and go to school could affect these lead emissions. It appears that there are a variety of studies showing negative health effects, including learning disabilities and behavioral disorders, associated with lead exposure levels well below the CDC Action Level. Studies by Miranda et al. indicate that early childhood blood lead levels as low as 2 µg / dL can have a significant impact on school performance, as measured by end-of-class test results. Brink et al. found that the proportion of children with blood lead levels ≥ 10 μg / dl in the counties with the highest air lead levels was 1.24% and the proportion with blood lead levels ≥ 10 μg / dl in the lowest air lead counties was 0.36%.

In response to this research, the CDC found that there is no safe level for blood lead in children.

Internationally, the trend towards the elimination of leaded Avgas and the improvement of blood lead levels in childhood was noted. For example, a study from Bombay India looked at blood lead levels (BLLs) in children by comparing BLLs collected in 2002 (after the use of leaded gasoline was discontinued in Bombay) with a study carried out by the George Foundation in 1997 (when in Bombay leaded gasoline was still used). Their study showed a significant public health success in Bombay, India, which was achieved by removing lead from gasoline.

In Madrid, Spain, a study looked at the intelligence quotient (IQ) of local children exposed to leaded gas and found that a decrease in blood lead levels in these children prevented a loss of between 135,391 and 144,153 IQ points. Their study assessed the current economic assessment of these items in terms of productivity gained over the course of the working life of this cohort of children and finally concluded that the economic benefit from the decision to ban leaded gasoline is very high.

The closest elementary schools to the Santa Monica Airport are Mar Vista, Richland, and Grant. While these elementary schools east of SMO schools may be over 1000 meters away from toxic lead emissions, we have to take into account that most of the incoming flights are over the region that these schools cover and the sea breeze that is most common in these areas from West to East would be expected to transport larger amounts of lead emissions from the air to the east to these children.

What is irrefutable at this point:

1. Avgas is the largest airborne lead in the United States.

3. The blood lead levels of our children near the airport have profound and drastic short- and long-term health consequences.

With these three issues clear, the City of Santa Monica and SMO must take responsibility for the sales of leaded Avgas and enable the use of the facilities at SMO by (leaded Avgas) aircraft. SMO’s continued licensing of Avgas and piston aircraft for leaded Avgas fuel sales places responsibility for all subsequent health consequences for the adjacent pediatric population directly on the shoulders of the City of Santa Monica and SMO.

The city of Santa Monica is not alone in this difficult situation as the Santa Clara County Board of Directors unanimously voted last week to ban the sale of leaded avgas at Reid-Hillview Airport and to close the Federal Aviation Administration (FAA) push “. the Facility before 2031, when terms related to the FAA grant funding expire. ”The Santa Clara County’s Board of Directors believes the FAA is likely to reject both efforts, but they plan to continue to urge them to take action. They stated, “We cannot … as a local community watch and expose children to permanent harm and permanent harm while the federal government takes as long as it may take.”

There is now a clear consensus that “a significant reduction in lead emissions from gasoline-powered aircraft requires the leadership and strategic leadership of the Federal Aviation Administration (FAA) and broad and sustained commitment from other government agencies and the country’s pilots, Airport”. Managers, aviation fuel and service suppliers as well as aircraft manufacturers … “

No longer can the City of Santa Monica and SMO pretend they are unaware of the serious health consequences associated with the sale of leaded avgas and are instead working with the Santa Clara County Board of Directors to begin selling leaded avgas to be forbidden at SMO.