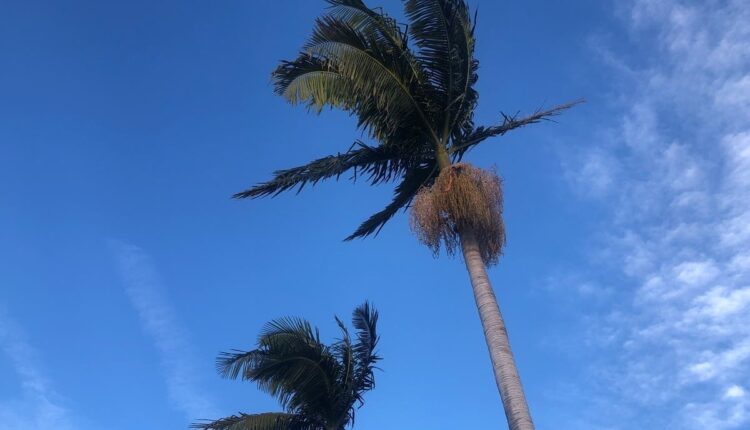 SANTA MONICA, CA — Breezy conditions continued in parts of the Southland Monday, with the Santa Ana gusts bringing warmer and drier weather, but cooler weather is on tap by week’s end.

A wind advisory was in effect in the Los Angeles County mountains Monday morning and early afternoon, and while it was supposed to remain in force until 6 pm, the National Weather Service canceled it at about 2 pm

Forecasters noted that while the advisory was canceled, winds gusting as high as 45 mph were still possible through Tuesday morning.

Gusty crosswinds could bring down tree limbs during periods of gusty winds, the NWS warns.

A separate advisory affecting the Santa Monica Mountains Recreational Area and the Santa Clarita and San Fernando valleys was allowed to expire on schedule at 2 pm NWS forecasters noted, however, that winds gusting to 35 mph were still possible in those areas through Tuesday morning, ” mainly in the hills and Santa Clarita Valley.”

According to the NWS, warm and dry conditions will prevail through Wednesday, but a cooling trend is anticipated on Thursday and Friday — although no significant rain is in the forecast. Gusting winds are likely to return as part of the cold front on Thursday.

But there’s good news for the weekend. Forecasters said a “significant warm-up looks to be on tap for next weekend and into next week.”

Temperatures were expected to be slightly warmer Tuesday than they were on Monday, then drop again by 3 to 6 degrees on Wednesday as the cold front approaches.

Monday Night: Mostly clear, with a low around 46. North wind around 10 mph, with gusts as high as 15 mph.

Tuesday: Sunny, with a high near 66. North wind 5 to 15 mph becoming west in the afternoon.

Tuesday Night: Mostly clear, with a low around 48. West wind around 5 mph becoming calm in the evening.

Wednesday: Sunny, with a high near 61. South southeast wind 10 to 15 mph becoming southwest in the afternoon. Winds could gust as high as 20 mph.

Wednesday Night: Partly cloudy, with a low around 50.

Thursday: Mostly sunny, with a high near 65.

Thursday Night: Clear, with a low around 46.

Friday Night: Mostly clear, with a low around 47.

Saturday: Sunny, with a high near 69.

Saturday Night: Partly cloudy, with a low around 51.

Sunday: Mostly sunny, with a high near 69.