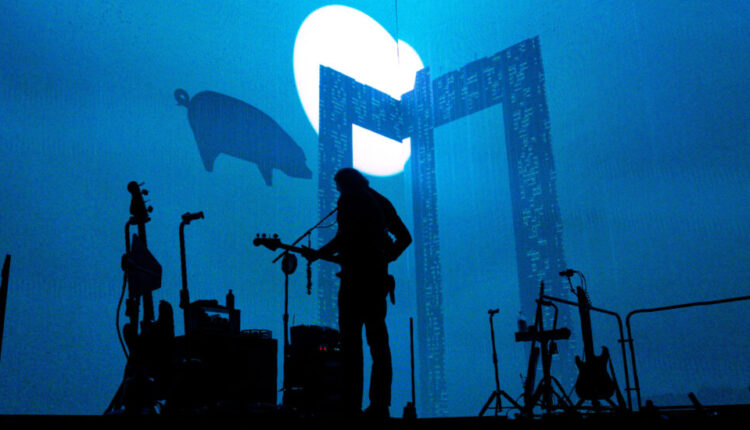 Roger Waters completes a short run of spectacular farewell shows on back-to-back nights in Los Angeles at the Crypto Arena.

Roger Waters completed two successful nights in Los Angeles on his farewell This Is Not A Drill tour in spectacular fashion. The shows were an all-out attack on the audio and visual senses, as well as your conscience. That conscience yes, the one in your head that constantly reminds you of what is right and wrong. You didn’t have to be a social justice warrior to be touched by much of the messaging on display on the massive video boards that were suspended above the stage setup in the round. The ultra-high resolution video boards rested on the stage before the show, then lifted above the band and stretched across the entirety of the arena at show time.

Prior to the show, the start time was marked with 15, 10, and 5-minute audio and visual pre-show warnings, extremely convenient so that no member of the audience would miss a minute of the experience. The show began with public service announcements:

Firstly out of consideration for others trying to enjoy the show, turn off your cell phones. Secondly, if you were an “I love Pink Floyd” person but are an “I can’t stand Roger’s politics” person, then you are advised that “you might do well to f**k off to the bar, right now. ” Which, of course, brought a huge cheer. And so began the night.

Audibly the show was an impressive feat. The Crypto Arena is a massive cavern of an arena. But it sounded as if you were in a studio. Loud yes, but not distorted. You felt it without it being overdriven. It was as you would expect any Pink Floyd or Roger Waters show to be, musical perfection, audio so technically precise it is a treat for the ears. Visually the show was an amazing sight to behold. The imagination and technical mastery of video and lighting are again exactly what we’ve come to expect from Roger Waters and Pink Floyd.

Musically the audience was taken on a journey of Roger’s career, solo and with Pink Floyd. With a lot of time spent telling a visual and musical story of his time with Pink Floyd, and how much he clearly misses his old mate and co-founder of Pink Floyd, Syd Barrett. With the latter point driven home with amazing renditions of “Wish You Were Here” and “Shine on you Crazy Diamond.”

The show took a brief intermission then continued back into the Pink Floyd catalog with a brief foray into The Wall album. Roger returned to the stage singing “In The Flesh” as the leather trench-coat-wearing, Nazi-like war character from The Wall, flanked by two all-black clad and jack-booted soldier characters. Waters fired off a prop WWII German submachine gun into the air at the end of “Run Like Hell.” The second half of the show saw the social and political messaging becoming more and more urgent. Coming to its peak and becoming most poignant as Roger and the band tore into the entire second half and the heart of The Dark Side of the Moon.

You didn’t need a liberal political bent or have a social justice heart beating in your chest, just a conscience to feel and understand the message Roger is trying to impart to the masses. He has never been afraid to voice his political views and he uses his platform in a positive way to bring about positive change. You may not agree with his view on guns, violence, or war but you may find common ground on poverty, protecting children, basic human rights, and equality. The show is centered around his piano, a euphemism he uses for a bar where people can gather and still discuss things safely. We may not agree on everything but it is important to have a safe place to go with friends or family to discuss things openly and to show you care about your brothers and sisters in this world. “Brothers and sisters,” a phrase the 79-year-old Waters used frequently and with urgency throughout the night. Tom Morello encapsulated the show best with his tweet “Dangerous times demand dangerous shows like this.”

Musically, visually, and socially, Roger Waters executed one of the best experiences of 2022.