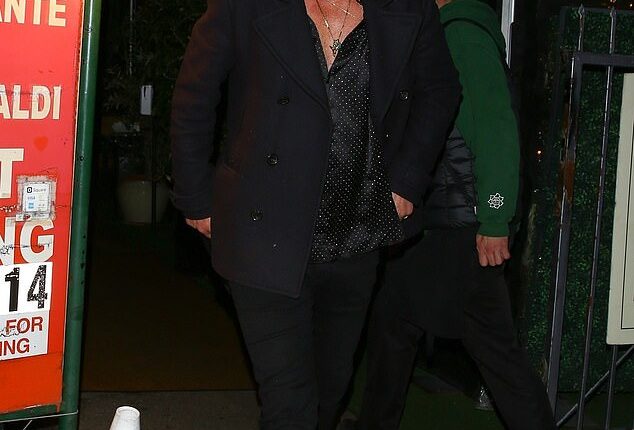 By Sonia Horon For Dailymail.Com

Robin Thicke and April Love Geary were spotted beaming as they left swanky Italian restaurant Giorgio Baldi in Santa Monica on Thursday night, after having a romantic dinner.

The five-time Grammy Award nominee, 44, and his model fiancée, 26, matched in all-black outfits, with the Blurred Lines hitmaker sporting a peacoat, black jeans and a shimmery shirt.

The singer’s curly dark brown hair was stylishly tousled and he sported a salt and pepper beard.

The father-of-four wore black suede boots and accessorized his outfit with two silver chains around his neck.

She carried a chic gray jacket on her arm, but appeared to be warm enough to go without it. 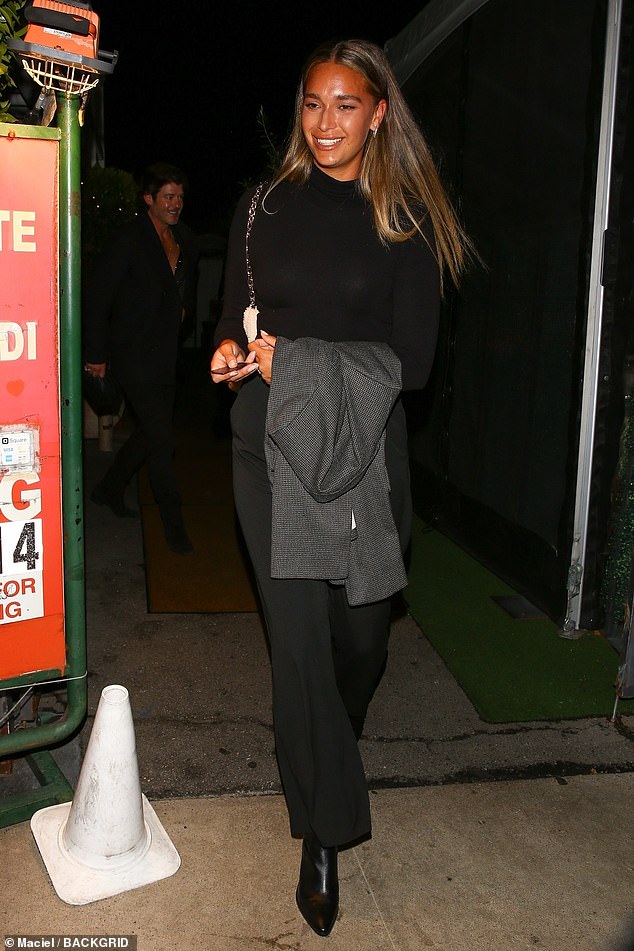 Stylish: His model fiancée donned a black turtleneck with matching bell bottom trousers and boots for the outing 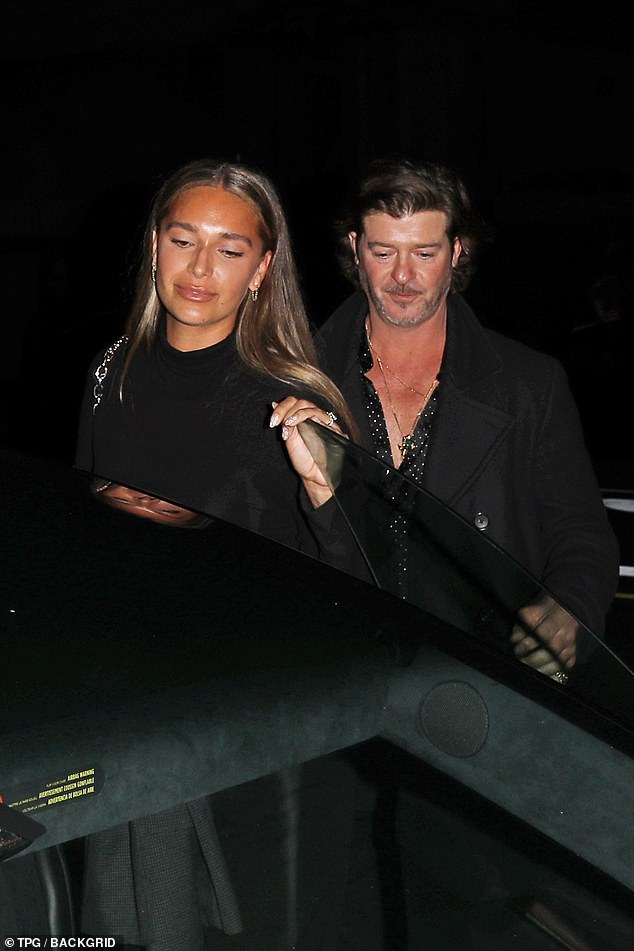 Happy: The stylish couple seemed to be in great spirits as they got back to their car

April’s glossy brunette tresses were parted in the middle and worn straight down.

The beauty opted for a touch of makeup, sporting light eyeshadow and winged eyeliner.

Robin and April started dating in 2014, after meeting at a party. They made their red carpet debut at the Cannes Film Festival in May 2015.

The couple got engaged in December 2018, and have three children together: daughters Mia, three, Lola, two, and son Luca, one. 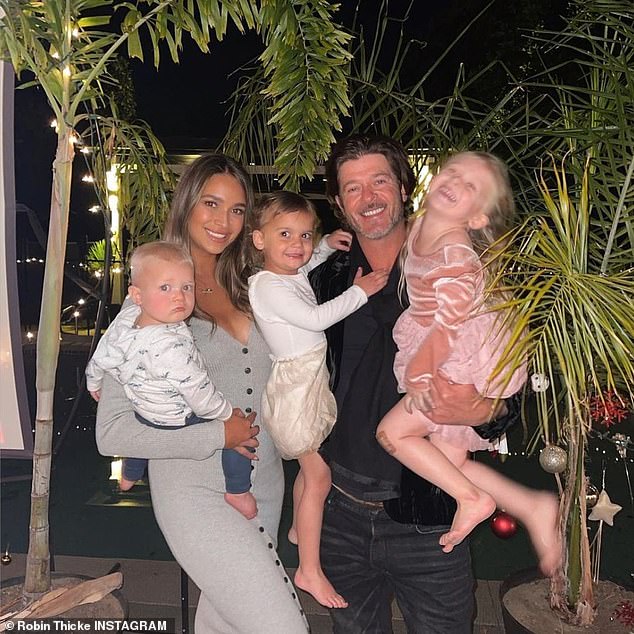 Family: Robin and April began dating in 2014 and got engaged in December 2018. The couple have three children: daughters Mia, three (right), Lola, two (middle) and son Luca, one (left)

The singer is also a father to 11-year-old son Julian, whom he shares with ex-wife Paula Patton, 46.

The couple got married in 2005, but after 21 years together, and almost nine years of marriage, Patton filed for divorce in 2014.

At the time the actress alleged infidelity and physical abuse – allegations which Thicke denied.

The couple have moved past their issues since, and in February 2021 Thicke told PEOPLE in an interview that they ‘have never been better.’

‘There’s so much emotion when you first break up, and there’s so much stuff that spills over. But time heals those wounds, and she’s an incredible person,’ he shared. 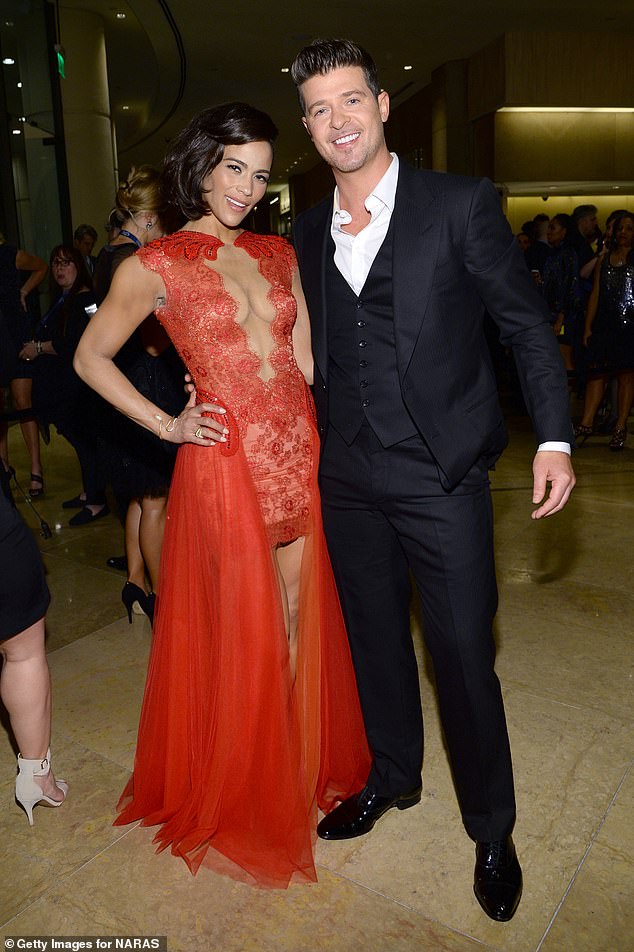 The ex: The singer was previously married to actress Paula Patton, 46, with whom he shares 11-year-old son Julian: Pictured in 2014 in Beverly Hills

Could the Los Angeles Rams be leaving the Conejo Valley?