Rick Obrand is a collector and historian of City Section Sports 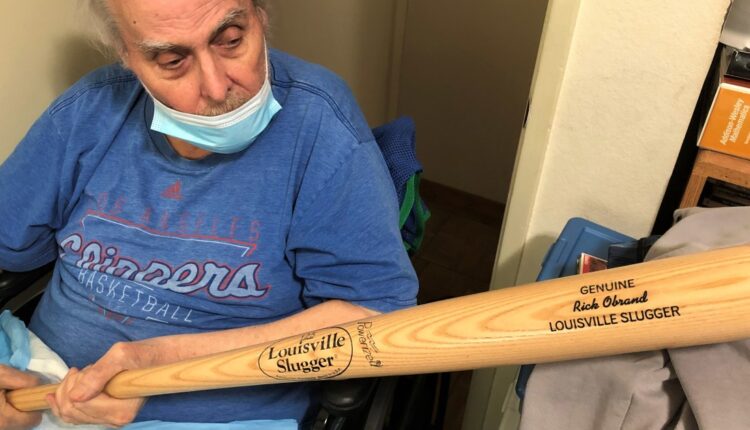 With the size of professional sports casting a long shadow in Los Angeles, memories of many high school sports careers can fade in the dark.

But in a room down the hall in Rick Obrand’s quaint Harbor City apartment – a little corner office that used to be a bedroom for his sons – those memories stay very vivid.

It is the life’s work of 74-year-old Obrand, a museum of treasures. Folders of detailed accounts of alumni from each school – in the United States and beyond – piled on a bookshelf. Thousands of never-before-seen letters addressed to Obrand from professional athletes writing about their high school days.

He would never sell any of it. The papers, the folders, the photos – they all keep the memory of the athletes who have been out on their local field over the decades to support their community.

“I really want to urge both the district and state lawmakers about the importance of prep sports in our cities, in our communities, in our hair salons, and all of that,” said Bob Collins, the Los Angeles Unified School District’s former senior lecturer . “I think that’s Rick’s legacy.”

Rick Obrand kept mountains of sports documents on shelves under an exhibition of signed memorabilia in his home.

About 15 years ago, Collins became interested in tracing the history of prominent school graduates in Los Angeles. Working with an alumni committee, he was repeatedly referred to Obrand, whom they called the human encyclopedia.

When Collins started talking to Obrand, he was amazed. There was no name the man couldn’t trace back to a high school with a list of her accomplishments there.

Years later, he’s still baffled. Collins recently spoke to Obrand and gave him a name he was sure Obrand would not know – Roger Wagner, a former choral musician. Obrand replied that Wagner was a decathlete in the 1919 Olympics who ran for France.

“I said what? How can you know?” Said Collins. “He’s just a remarkable person.”

However, the archives in the office do not receive many visitors. Obrand hardly dares to venture into the narrow corners of the room, since he has been bedridden for two months because of sepsis. Moving from his home hospital bed to his wheelchair is a difficult task.

In March 2013, doctors discovered a tumor the “size of a golf ball” on his kidney. After the cancer diagnosis, they told Obrand that he had six months to live. Eight years later he is still here and has never stopped researching. 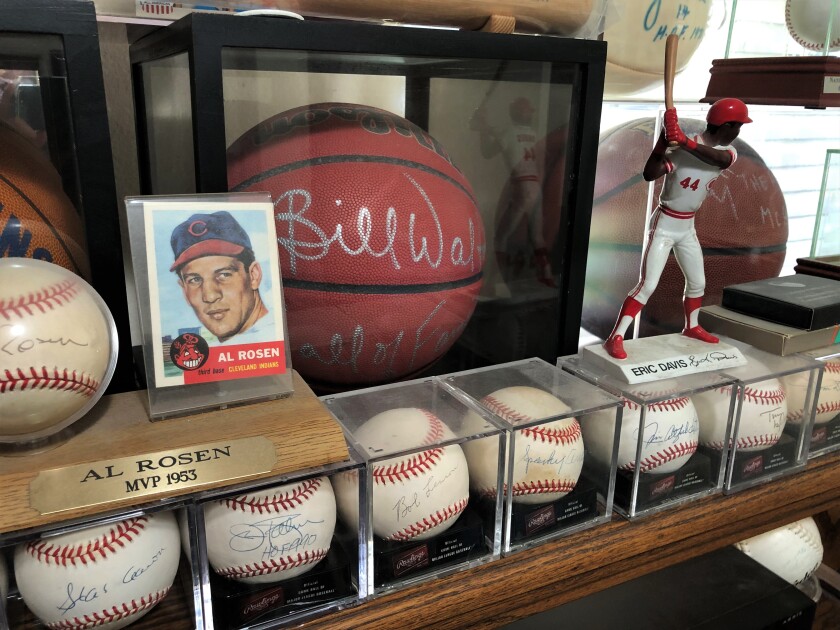 An Al-Rosen baseball card and an Eric Davis character sit on top of a row of autographed baseballs in Rick Obrand’s house.

Even tied to his bed, he rattles down facts while his encyclopedic brain is still churning. What do actor Robert Redford, actress Natalie Wood and former Dodgers star pitcher Don Drysdale have in common? They all went to the same high school, Van Nuys, Obrand will tell you.

“I know he’s very, very sick,” said Collins, “but his thoughts are still, phew! I will tell you.”

When Obrand was 9 years old, his father dropped him off at the Helms Athletic Foundation in Los Angeles so he could write their plethora of high school track and field records. Founder Bill Schroeder, who became Obrand’s second father, taught him how to disable the alarm system so he could burn midnight oil by scribbling information on pieces of paper in a folder he brought from home.

Obrand played basketball at Washington High. Halfway through his away games, he said his coach would let him sneak into the trophy rooms so he could copy the information.

“I loved exercise as a little kid,” said Obrand. “And I always thought, ‘It’ll be interesting who went to which high school.'”

Obrand began teaching sixth grade at Carson Street Elementary School in his early twenties, a job he held for 40 years that earned a dozen teachers a year. Around the same time, he began writing to athletes he was researching and asking them about their mentors and sources of inspiration in their youth.

One of his favorites among the thousands of answers comes from John Arnett. The former all-pro, who ran back for the Rams, wrote of a fifth grade teacher, Janice McKeever, who told him he could climb as high as he wanted as long as he worked hard enough.

“My second grade teacher was also Janice McKeever, at another school,” Obrand said, the corner of his mouth turned up. “She told me the same thing: you can do what you want as long as you work hard enough.”

While Obrand stayed up early in the morning to catalog high schools across the country after hours of grading assignments, Obrand eventually inherited much of the Helms Foundation’s collection after it was disbanded in 2007, became a member of the Society of American Baseball Research and brought in athletes like as former pitchers Don Newcombe and Dock Ellis speak in his class.

Now, his son David, a lawyer in South Bay, will be working to preserve a collection of history that he hopes will stand the test of time.

“I hope Rick’s legacy is that we continue to promote, highlight, and respect athletics in this county and every county,” said Collins.