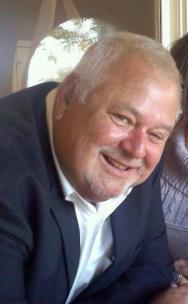 He attended Our Lady of Perpetual Help School, a 1971 graduate of Notre Dame High School and attended UTC. He played baseball, basketball, and football while in school and later became an avid golfer. He was a VFL in all sports.

Richard had a larger than life personality and never met a stranger and loved to embellish any good story. His greatest joy in life was his three grandchildren and his faithful “deck dog”, Major.

He was preceded in death by his sister, Carolyn Jones, and brothers, Raymond, Steve, & Ronald Varner.

The family will hold a celebration of Richard’s life at a later date.

In lieu of flowers, the family wishes for memorial contributions to be made in memory of Richard Varner to Mckamey and Humane Educational Society.

Arrangements are under the care of the North Chapel of Chattanooga Funeral Home, Crematory and Florist, 5401 Highway 153, Hixson.