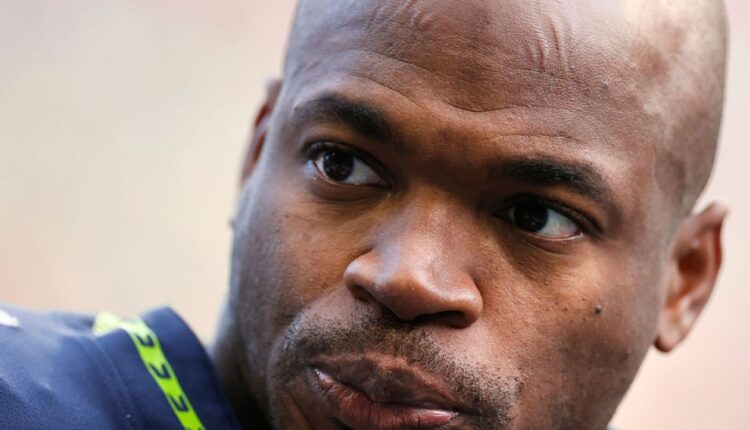 The Los Angeles County District Attorney’s Office has decided not to charge Adrian Peterson in connection to his arrest at Los Angeles International Airport on Sunday for what airport officials said was domestic violence, a representative told TMZ Sports.

Peterson’s case will now be referred to the Los Angeles City Attorney, who will examine the case and still could charge Peterson with a misdemeanor domestic violence charge, TMZ reported.

According to a Los Angeles Airport Police statement, they received a call around 8:30 am local time Sunday about possible domestic violence on board an aircraft bound for Houston and responded to “a verbal and physical altercation between a male suspect and a female victim. “

Peterson, 36, was booked at the Los Angeles Police Department Pacific Division. He was given a $50,000 bail and released Sunday afternoon on bond.

The free-agent running back had told Fox 26 in Houston in a telephone interview on Monday that he and his wife, Ashley, “got into an argument on the plane. That was pretty much the gist of it. I ended up grabbing her hand and taking her ring off her finger.”

Ashley Peterson, who continued on her flight to Houston after her husband was arrested, did not press charges. Adrian Peterson said he was arrested “because the ring left a scratch on her finger.”

“We just had a disagreement. I know the headlines, domestic violence. You’d think I beat her up or something,” Peterson said. It was nothing like that…”

Ashley Peterson defended her husband Tuesday via an Instagram post, writing: “On Sunday, Adrian and I had a verbal argument. Unfortunately it was on an airplane. At no point did Adrian hit or strike me. This is a private matter between my husband and myself. We ask that everyone respect our privacy so we can focus on what matters most: our children.”

Adrian Peterson was charged with felony child abuse in 2014 for using a switch to spank his then-4-year-old son, which resulted in cuts and bruises all over the boy’s body. Peterson eventually pleaded no contest to a reduced charge of misdemeanor reckless assault. In addition to a two-year probation period, he was fined $4,000 and performed 80 hours of community service. The NFL suspended him for one year.

Peterson, a 15-year veteran, finished this past season on injured reserve with the Seattle Seahawks, who signed him to their practice squad in December after his three-game stint with the Tennessee Titans. Peterson, who ranks fifth in NFL history with 14,918 career rushing yards, has said he plans to continue playing next season.