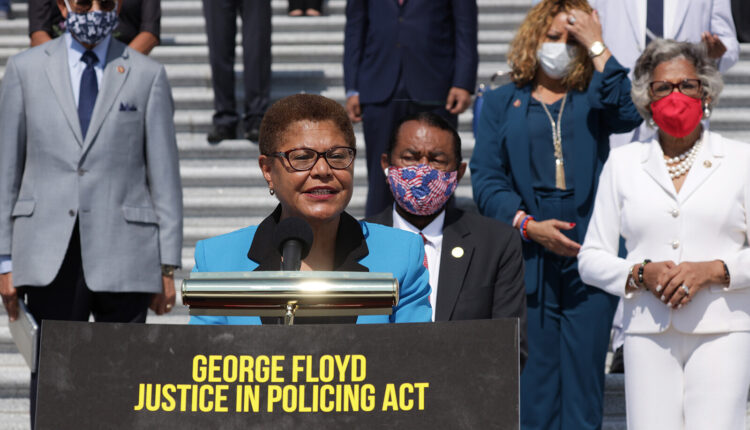 California Democratic MP Karen Bass is preparing to launch a campaign for Los Angeles mayor’s office in 2022 and could make her announcement as early as next week, according to someone familiar with her plans.

“Los Angeles is facing a humanitarian homelessness crisis and a public health crisis. … She doesn’t want these two issues to tear the city apart, Los Angeles has to come together, “said bass spokesman Zach Seidl in a statement. “So the congresswoman is considering running for mayor.”

Bass told reporters on Friday that she was in the “final stages” of her deliberations. The Washington Post first reported on Bass’ decision.

The 67-year-old congressman, born and raised in Los Angeles, has been politically active since childhood and campaigns for her neighbors on behalf of Robert F. Kennedy in the 1968 Democratic presidential election. She later became a medical assistant and founded the nonprofit Community Coalition in 1990 to serve African American and Latin American communities in South Los Angeles. She was then elected to the state assembly and became the first black female speaker on a state legislature in the country.

In Congress, she led the Congressional Black Caucus and was shortlisted by Joe Biden as Vice President in 2020. She was a top negotiator in congressional bipartisan negotiations to revise police law, which ended without an agreement this week.

Biden has nominated current Los Angeles Mayor Eric Garcetti as Ambassador to India. The Los Angeles City Council has the power to appoint an interim replacement if the Senate approves Garcetti’s nomination.