Reimagining the Sepulveda Basin into a grand park in Los Angeles 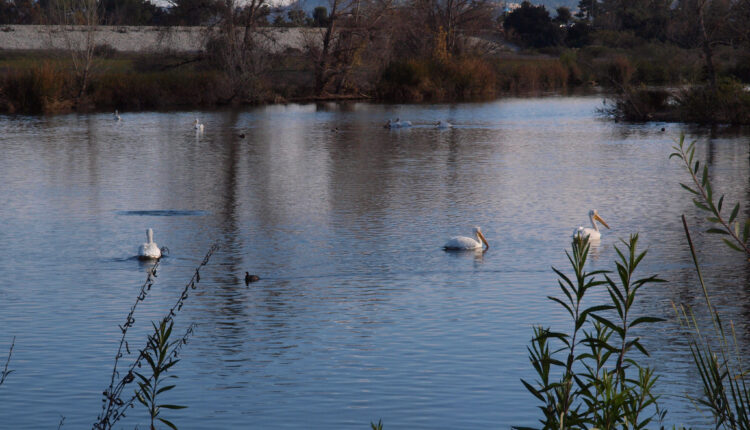 The Sepulveda Basin in LA’s San Fernando Valley could be transformed into a park with the flow and feel of New York City’s Central Park.

California’s statewide water policy has evolved to better incorporate the realities of climate change in recent years, recognizing that natural processes are key drivers of sustainability. And California needs a sustainable and resilient water supply.

It’s encouraging to see the development of policies and programs for aquifer recharge, floodplain reclamation, watershed restoration, return of water to indigenous groups and protection of environmental flows.

Emerging initiatives, like 30×30 California, Natural and Working Lands and the Department of Water Resources’ partnership with the US Army Corps’ “Engineering with Nature” program, hold tremendous promise to help us realize a more resilient water future.

Yet in Los Angeles County, home to almost one-third of the state’s residents, these policies fail to penetrate the thick concrete that constrain the region’s systems and the management structures that maintain them.

The prevailing mindset is that the region’s built environment is fixed and static, leaving only our mountains, beaches and a thin strip along the concrete river eligible for such investment. As research underscores the relationships between open space and public health, heat island mitigation, biodiversity, carbon sequestration and water resources – and as more people clamor for open space and nature – it’s time for that mindset to change.

KEEP TABS ON THE LATEST CALIFORNIA POLICY AND POLITICS NEWS

One promising proving ground can be found at the Sepulveda Basin in LA’s San Fernando Valley. A 2,000 acre federally-owned facility dedicated to flood management, it also hosts a recreation area, mostly leased to the city of LA The River Project, an environmental nonprofit, with funding from the Santa Monica Mountains Conservancy, has completed a feasibility and visioning study that demonstrates how these policies can be implemented in our state’s most urbanized region.

The study radically reimagines the Sepulveda Basin as a park with the flow and feel of New York’s Central Park, expanding active and passive recreational areas, doubling the trail miles and creating space for urban agriculture, indigenous practice and cultural facilities. It manages this by placing restoration of the Sepulveda Basin’s 8 miles of river and tributaries front and center, integrating recreational uses into the floodplains. It brings back lost acreage of willows, cottonwoods, alders and wetlands. And it adds a mile to the length of the river that can be kayaked.

And critically, by allowing floodwaters to spread naturally over floodplains, the project promises to increase groundwater recharge. It also increases flood storage behind the dam, an important safety valve for downstream communities that will become increasingly crucial as climate change fuels increased intensities of rainfall.

The River Project’s study demonstrates a grounded “have it all” approach to land management. By working with natural processes, multiple state priorities can be met. To be accomplished, however, it requires not plumbing but planning – shifting from agency “silo thinking” to truly integrating federal, state and local agency planners, managers and technical experts toward a focused outcome. It means putting aside protective territorial domains in the name of a greater good.

And frankly, it means the state taking the lead. California’s resource agencies are well positioned to work with the US Army Corps of Engineers and the city of Los Angeles. With a coordinated effort and a clearly focused goal, the state can demonstrate the applicability of its policies in even the most urbanized landscapes.

And while climate change dictates urgency in our action, the region has another motivator: the 2028 Olympics. Imagine the message it sends to the underserved communities surrounding the Sepulveda Basin to make these investments before the event rather than make promises for improvements after. Imagine the message it sends to the world – to showcase to a global audience an LA River actually transformed, seen from above and on the ground during the various events expected to unfold at the Sepulveda Basin. If LA, home of the most famously damaged river in the world, can do it – anyone can.

Earlier this year, President Joe Biden declared about climate change: “It’s not the time for small measures; we need to be bold.” We agree.