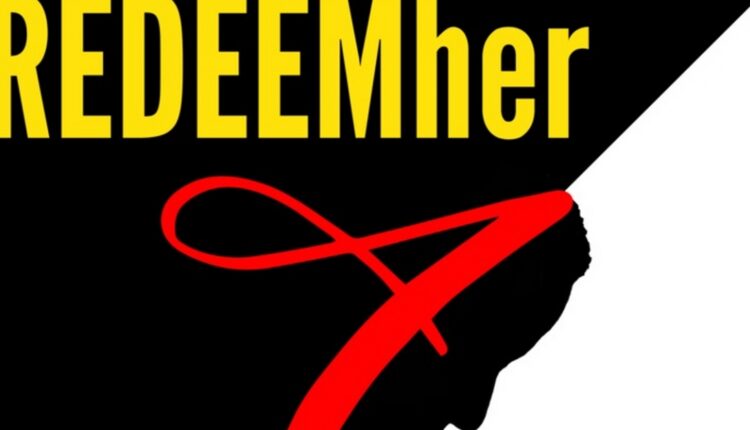 After a successful run at the Hollywood Fringe Festival, REDEEMher is coming to the Binge Free Festival at the Santa Monica Playhouse on the closing night of the festival.

REDEEMher is subtitled How I Messed Up My Perfect Mormon Life.

Tatum Langton is a young woman who becomes the virgin bride of her sweetheart while studying at Utah Valley University and enters into an eternal marriage in Latter-day Saints (Mormon Church). Her big dream is to move to London with her husband, where she will study acting and he will study directing. But as the years go by, London remains as far from Utah as ever. Under the pressures of marriage, money, and the community to which they both belong, the couple finds themselves at odds. Dejected, Tatum is vulnerable to attack by another man’s advances. Adultery, as the Mormon Church sees it, is a sin alongside murder, and after just one night of illicit sex, Tatum finds himself in a deep well of guilt, grief, and remorse.

She has sinned and feels like the fictional Hester Prynne a scarlet A emblazoned on her chest. Has she ruined your life? Can She Save Your Marriage? Will her husband forgive her? Will God forgive her? Can she forgive herself? Who can she turn to in the hour of her greatest emotional and spiritual need? Her friends? Your family? Your church? To God?

Tatum Langton is the writer and performer. A graduate of Utah Valley University, she has appeared on television and film on shows such as Grey’s Anatomy, General Hospital, and American Crime Story: Impeachment. She often uses her comedic skills in a variety of sketch and advertising projects produced in Southern California and her home state of Utah.

Tatum portrays a broad and diverse spectrum of characters in the presentation of their narrative, in which she is supported by multimedia.

Directed by Jessica Lynn Johnson. She is celebrated both as a solo artist and as a director of solo artists, founder of Soaring Solo Studios and winner of the Best National Solo Artist Award. Her directorial work finally includes the unemployed, The Mermaid Who Learned To Fly, 365 Days Crazy, Triangles are my favorite shape, Bully-mia, Not My Show, Answers Outta The Blue, Dear Yoko and more.

Tatum seeks redemption after sex and sin. Can she ultimately find salvation? See REDEEMher and find out.