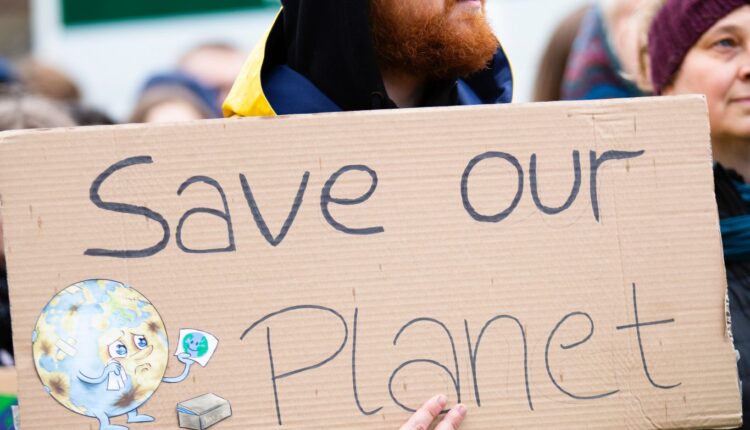 Before we start, I’m aware of the death of a well-known Upland man who was struck by a speeding motorcyclist while riding his bike last week.

I’ve reached out for official confirmation, and just trying to avoid getting ahead of the story before family members are all notified.

We should know more later today.

Thanks to Claremont Cyclist Michael Wagner of CLR Effect for the heads-up.

The United Nations has issued a red alert on climate change.

A new report from the UN’s Intergovernmental Panel on Climate Change says the world is facing environmental disaster, with humankind unable to keep up with the increasingly rapid pace of change.

This is what the New York Times had to say.

The report also carries a strong warning: If temperatures keep rising, many parts of the world could soon face limits in how much they can adapt to a changing environment. If nations don’t act quickly to slash fossil fuel emissions and halt global warming, more and more people will suffer unavoidable loss or be forced to flee their homes, creating dislocation on a global scale…

Many leaders, including President Biden, have vowed to limit total global warming to no more than 1.5 degrees Celsius compared with preindustrial levels. That’s the threshold beyond which scientists say the likelihood of catastrophic climate impacts increases significantly.

But achieving that goal would require nations to all but eliminate their fossil-fuel emissions by 2050, and most are far off-track. The world is currently on pace to warm somewhere between 2 degrees and 3 degrees Celsius this century, experts have estimated.

That alone should be the only argument we need to ensure pedestrians, bicycles and transit are given priority, not on some streets, but on every street.

And yes, that includes removing parking to build bike lanes.

Because whether or not that inconvenience someone today, it’s a lot better than watching the world go up in flames tomorrow.

It’s now legal to ride an ebike on trails in the Santa Monica Mountains, which will be allowed for the next year on a trial basis.

Effective today, e-bikes are allowed on State Parks Trails in the Santa Monica Mountains. in a one year trial. https://t.co/lY2mHada6b#emtb #mountainbiking #santamonicamountains

Thanks to mountain bike advocacy group CORBA for the tip.

Caltrans is planning to close the bike lanes in both directions on PCH tomorrow and Thursday, between Deer Creek Road and Sycamore Canyon Road west of Malibu.

The roadway will be reduced to a single lane in both directions to restore the retaining wall between supporting the roadway over the ocean.

Bike riders are urged to avoid the area for the next two days.

Sign the petition to get the Healthy Streets LA measure on the ballot for the November general election on the UCLA campus tomorrow, from 2 pm to 4 pm on the Bruin Walk.

The ballot measure will improve traffic congestion and safety, while fighting climate change, by requiring Los Angeles to build out the city’s groundbreaking mobility plan whenever streets are repaved.

Streetsblog takes a look at the nascent progress on the new protected bike lanes on Riverside Drive near Griffith Park.

Credit goes to CD4 Council member Nithya Raman for pushing the project through.

Checking out the progress on new @cd4losangeles protected bike lanes on Riverside Drive. Repaving progress (close to Griffith Park & ​​Mulholland Fountain), but not that far along yet #bikela pic.twitter.com/CxPmROcpie

If you’re in the Bay Area, here’s your chance to start your bike advocacy modeling career.

We’re looking for models of diverse age ranges to be part of our new biking community photo collection!
We’ll be using the photos for our website refresh & social media posts for BTWD 2022.
Compensation: $100/person or $300/group (up to 5 people)
Sign up: https://t.co/3ixxK0dz01 pic.twitter.com/tbwCcVv4fV

Once you’ve experienced the peloton, a war zone is nothing.

I literally laughed out loud at the commenthttps://t.co/knFKZa6gcm

Two-time Tour de France champ Tadej Pogačar is the face of a new ad for bike tourism in Slovenia.

Best advice — turn off the sound and ignore the captions so you can just take in the spectacular views.

Columbus Short: I’m Now More Famous For Being An Alleged Abuser Than For My Work