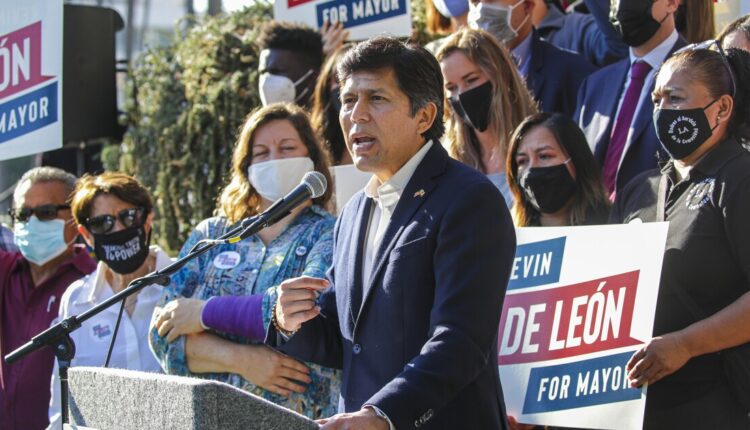 A petition for the recall of Los Angeles City Councilor Kevin de León has been suspended at the request of its leading advocate, but efforts could start again in January.

The petition ended Friday after Pauline Adkins, who led the recall, requested its termination, according to the Los Angeles City Clerk Election Division.

Adkins and the other supporters of the recall said they started the campaign in part because of anger over De León’s efforts to build tiny home villages in Eagle Rock and Highland Park as transitional housing amid a historic homelessness and affordable housing crisis in Los Angeles.

In a statement to City News Service on Monday, de León said: “This misguided recall attempt failed because voters refused to use the recall process as a weapon to undermine the electoral process and overturn the election results. Residents recognize the real work we are doing to fight homelessness, develop affordable housing and clean up our neighborhood. If anything, this experience shows why our recall process needs to be changed so that we do not continue to allow this type of political exploitation
in future at the expense of taxpayers. “

Earlier this month, De León opened the largest Tiny Home Village in the US on 6.8 acres along Arroyo Seco Parkway in Highland Park, which offers 224 mismatched beds as temporary homes.

De León’s office praised the project for its quick completion in 90 days and for costing less than $ 55,000 per tiny home than most other homeless shelters in the county.

When the campaign against de Leon was announced in July, he was the third councilor to be recalled, after Councilman Mike Bonin and Councilor Nithya Raman.

Efforts against Raman ended on September 13 after the group said they would miss their November 4 deadline, but a petition against Bonin was forwarded to the city clerk on Wednesday, with supporters of the recall saying enough signatures are available to get on the ballot.