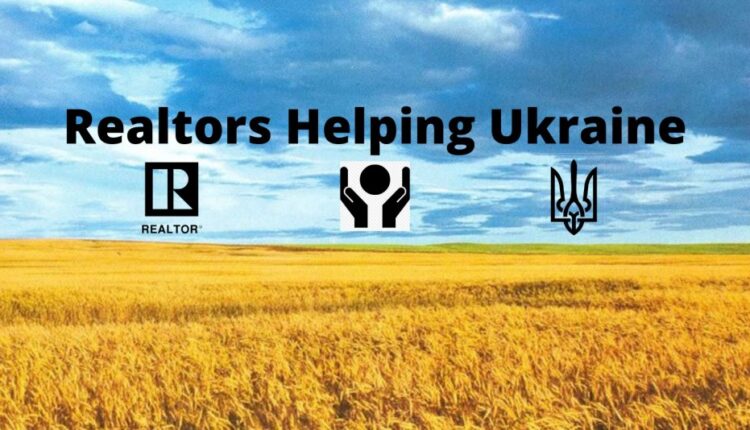 Jan 27, 2023
I need to get something off my chest, and this is not going to be my typical Facebook post. Many of you know my personality type, which is a High-D/High-C under the DiSC Profiles. In plain language it is described as Mr Spock (yes, I have been called that). This means someone who is more machine than human. So it is not normal for me to emote, but this is exactly what I am going to do here

Last few weeks I found myself completely knocked out of my daily routine. How do you go about normal business, when the world is burning, starting with your country of birth and youth? “The future is already here — It’s just not very evenly distributed” – said a famous science fiction author. Replace “the future” with “World War 3” and you’ll get the idea of what has been bothering me. Yet most people still do not fully grasp the gravity of what is happening in the world simply because they don’t pay as much attention to geopolitics and the specifics of the conflict around Ukraine

Why am I so sensitive to all this?

The concept of the free, independent and democratic Ukraine is so near and dear to my heart. My early childhood fell on the twilight of the USSR’s “Evil Empire” and I remember its stench and rot so well. In my teenage years, Soviet Union cracked up and broke up in 1991 with so much promise and hope for every successor state. Before coming to the United States in 1995 I went to Taras Shevchenko National University of Kyiv for first 2 years. It was eye-opening to learn and feel the true history of Ukraine that was suppressed under USSR – in favor of Russian imperial myths – which unfortunately made their way into global pop culture and politics – and now erupted into this war of aggression.

After coming to the US, I kept this part of my identity, which I now describe as a “Russian-speaking, Ukrainian-born Jewish American”. Over years I stayed in touch, followed the politics of post-USSR countries, and conducted business over there. When the Russian-Ukrainian war first broke out in 2014, I took informal part in the information campaign, starting one of the largest FB groups dedicated to the topic that grew to 30K+ members. I have received death threats from pro-Russian militants and dared them to actually follow through. But nothing that happened during the 2014 “hybrid war” prepared me for 2022

Let me make this clear – I see Putin’s invasion of Ukraine in 2022 as equivalent to Hitler’s invasion of Poland in 1939 that irrevocably changed the world. Lots of people may find Nazi analogies overly dramatic, but I believe they are 100% accurate here. We are talking about a war of aggression to restore a fallen empire, unite mythical “one people”, and cleanse all the dissenters through a form of genocide. This is what is at stake here. We are barely starting to feel the shockwaves in America, though everyone can already see the higher prices at the gas pump. The dominoes just started falling and it will take many years to fix the mess created here. Ukraine is fighting for our entire free world and getting very limited help. Further escalation is inevitable

What if I stayed in Ukraine all that time? Right now I would be fighting on the front lines for a worthy cause. The thought of actually going over there and fielding a Javelin Weapon System has been on my mind. I wondered what people thought during WW2 before volunteering for service. But I also recognized that I am not really a military man, and I have made commitments to some very exciting projects in the real estate business, here in the US. How would I reconcile such drastically different identities and directions?

The answer came through the massive outpouring of support I received from my Realtor colleagues over the last few weeks. I realized that I may be able to make the greatest impact by helping organize and channel this support – into tangible help for the Ukrainian cause

In this spirit, I am happy to announce the Realtors Helping Ukraine network. This effort is designed to connect real estate professionals and their communities – with screened & vetted opportunities to provide humanitarian relief – for the maximum impact. These will include both monetary and in-kind donations – as well the educational opportunities to learn about the conflict and its impact – and educate your communities. This is envisioned as a Nationwide campaign that will engage with real estate associations, companies and individual professionals, to help them support the cause. Of course, we are going to start in our local SF Bay Area market, and I have already engaged in talks with certain key stakeholders

Please take the first step to support the effort by joining the Facebook group and signing up for the mailing list. We will be updating content & sending updates with vetted relief opportunities, as they get verified. Again, you don’t have to be a Realtor to join – affiliated professionals and members of the general public are all welcome

THANK YOU SO MUCH FOR YOUR SUPPORT

Angel Stadium sale closer to being finalized after judge’s ruling