Real Estate Newsletter: A temple, an ADU and a rapper’s mansion 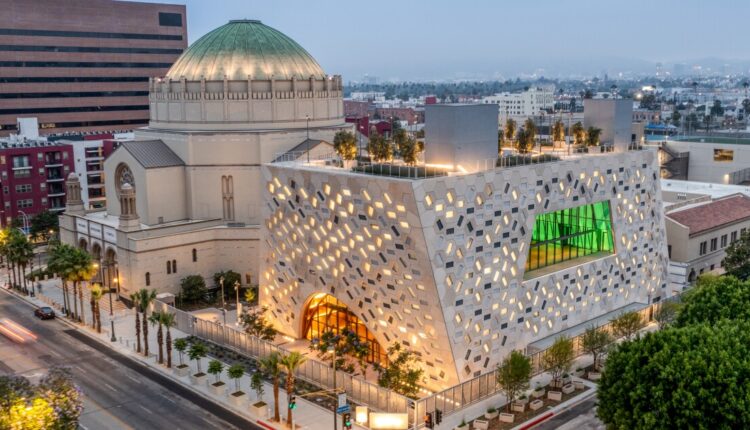 Welcome back to the Real Estate Newsletter, where this week’s stories celebrate California architecture at its largest and smallest.

By big I mean big. In Koreatown, we explored Wilshire Boulevard Temple’s new events space, a 55,000-square-foot pavilion described as a “three-story parallelogram in a honeycomb pattern.” The striking structure, soon to open, coupled with the temple’s original Byzantine style, is the latest piece of architecture that screams “only in LA.”

And by small I mean small. Over in Santa Monica, we were looking at an ADU that’s only 320 square feet. With ADUs proving to be the solution to LA’s underfunded housing stock, developers are going all-out on the designs, and this one brings a contemporary flair with a striking mix of wood, glass, and aluminum. To maximize space there is a Murphy bed.

For anything between a 55,000-square-foot gazebo and a 320-square-foot tiny house, take a look at Diddy’s mansion he just sold in Toluca Lake. The Grammy-winning rapper dumped the 10,000-square-foot lot for $6.51 million, making it the neighborhood’s most expensive home sale in months.

We also got an update from wine country – Guenoc Valley to be precise – where a sprawling luxury resort was halted after a state court sided with environmentalists and said it failed to properly analyze the 16,000-acre project how the development would affect evacuation routes during a wildfire following the LNU Lightning Complex fire.

In other commercial real estate news, we’ve seen tech giants like Apple and Spotify open new hubs in LA over the last year. Now Roku is coming to town. After doubling its Santa Monica team to more than 200 employees last year, the streaming platform announced a lease for a 72,000-square-foot office in the city that will help it produce more content.

While staying up to date, visit and like our Facebook page for property stories and updates throughout the week.

Is there a compound word that describes the feeling of alienation that comes when you really want to engage in a new piece of architecture, but inside you can’t? A disillusionment? A design chant? A stupor structure? Carolina A. Miranda writes that she is looking for a word to describe her feelings about the first major building in Los Angeles, designed by the international design studio Office for Metropolitan Architecture (OMA).

The building in question is the new Audrey Irmas Pavilion, a 55,000-square-foot event space for Wilshire Boulevard Temple in Koreatown — whose official opening event has been postponed until further notice by the COVID-19 Omicron variant.

OMA was founded by Rem Koolhaas, but the Pritzker Prize-winning Dutch architect had minimal involvement in the project. The pavilion’s design was instead directed by Shohei Shigematsu, a partner in the company’s New York office – with Koolhaas contributing the design of the mezuzas mounted on key doorposts in the pavilion.

One of Shigematus’ favorite descriptions of the building – a three-storey parallelogram in a honeycomb pattern stretching across an architecturally significant part of Wilshire – is “a meeting machine”.

A gem arrives in a Santa Monica backyard Nearly 30 years after purchasing a modest two-bedroom, one-bathroom home in the Sunset Park neighborhood of Santa Monica, Michael Solomon and Naomi Lieberman turned their attention to their backyard, where they hoped to add a guest house that would house their family and friends, writes Lisa Boone.

In what seems unimaginable by today’s real estate standards, they bought the 1,300-square-foot home in 1994 for $300,000. But decades later, when they wished for a little more space, they had little success finding a larger apartment that both of them liked. “We were lucky and bought the house right after the Northridge earthquake,” Solomon explained. But today “there’s really no affordable place left” if you want more space, he added.

Given the deep bond they have with their longtime neighborhood, the couple decided to add an additional residential unit, or ADU, in the backyard rather than renovate or move elsewhere.

Rapper’s mansion is a hit 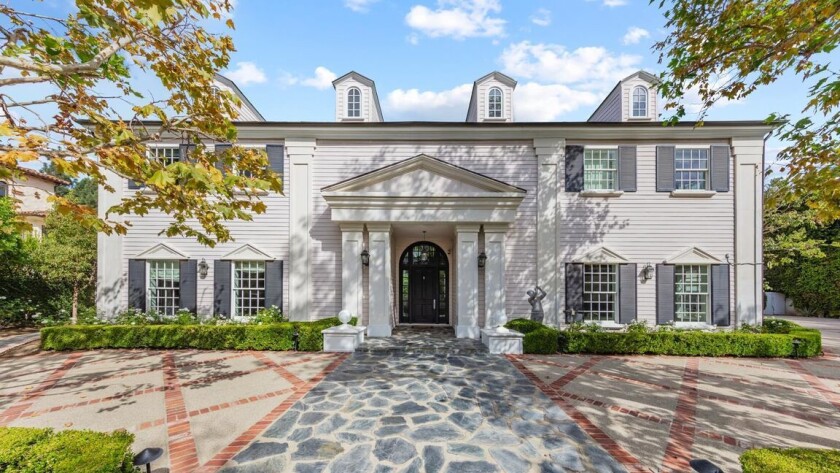 Sean Combs the rapper, better known as Diddy, has raised $6.51 million for his traditional-style Toluca Lake mansion. It’s the neighborhood’s most expensive sale in months.

Records show the 2009 Grammy winner paid $5.25 million for the property, and he’s bought it for $7 million since October. Burn scars left by the LNU Lightning Complex fire can be seen along Butts Canyon Road where housing development was being considered in Middletown, California.

When Lake County approved plans for a sprawling luxury development in the Guenoc Valley wine region in 2020, officials hailed the project as an economic “game-changer” that would create “amazing” jobs, writes Alex Wigglesworth.

But when the LNU Lightning Complex fire engulfed the development’s only evacuation route — a two-lane freeway winding through a steep ravine — critics said the plan was a potential disaster not only for future residents but for those already in lived nearby.

Had the project been completed, they said, thousands of evacuees could have spilled onto the streets, creating a bottleneck similar to the one that doomed Paradise residents at the 2018 bonfire.

Now a state court has sided with environmentalists and California’s Attorney General, ruling that the county must revoke its permits for the 16,000-acre mixed-use project, dubbed Maha Guenoc Valley, because the county failed to provide the development to properly analyze evacuation routes during a wildfire.

Roku is expanding in Santa Monica 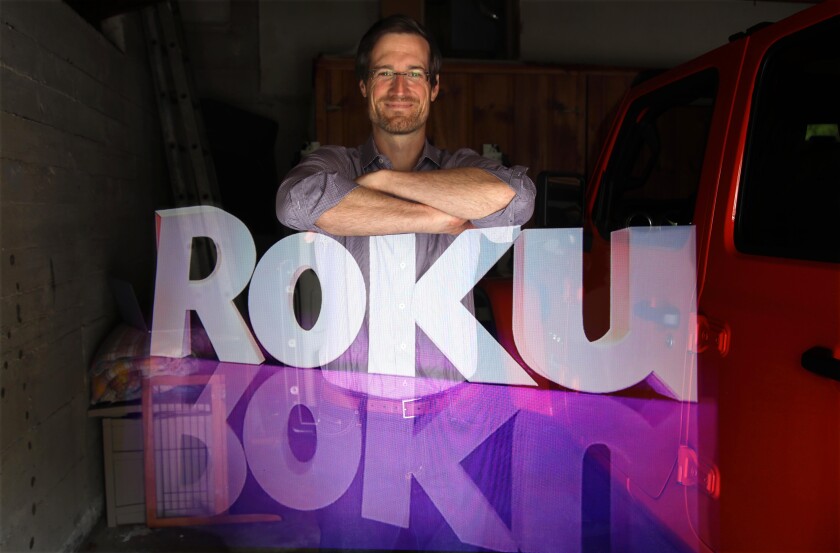 LOS ANGELES, CA – MAY 12, 2020 – – Rob Holmes Vice President of Programming and Engagement for Roku stands above the company logo.

When the Roku Channel launched five years ago, it was a minnow in a sea of ​​streaming giants, writes Wendy Lee.

No longer. According to Activate Consulting, Roku Channel is now the fifth most popular streaming service in the industry, with 80,000 on-demand shows and movies, more than 200 live TV channels, and an estimated audience of 70 million viewers in the United States. And to garner more attention, the network is making a major push in original programming, planning to develop more than 50 scripted and unscripted original shows over the next two years.

On its journey to becoming a content producer, the Roku Channel has expanded its presence in the Los Angeles area. Roku’s Santa Monica team doubled in 2021 to more than 200 employees.

To accommodate its larger workforce, the Roku Channel is moving to larger digs earlier this year. The company, which previously had an office in Santa Monica’s Water Garden, has leased 72,019 square feet in the Colorado Center, according to LA Realty Partners.

For a check-in in the Bay Area market, look no further than a home billed as “the worst house on the best block.” The run-down fixer-upper has zero bedrooms, two bathrooms and just sold for $1.97 million. SF Gate has the details.

In Virginia, Habitat for Humanity worked with a 3D printing company to print a three-bedroom house, and the foundation was ready in 12 hours — a process that normally takes about four weeks, according to the New York Post.