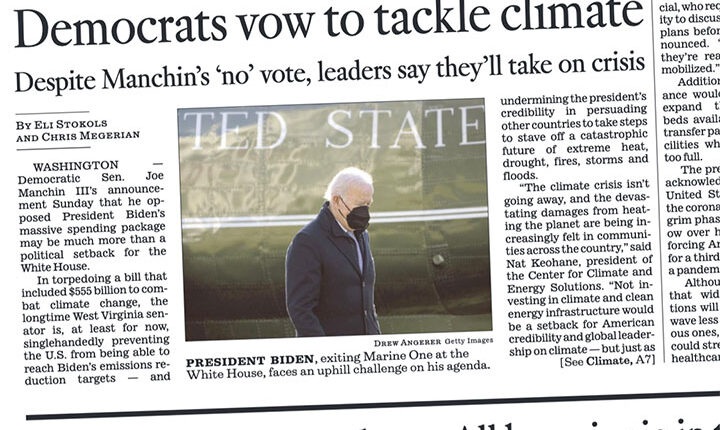 I ran into a headline on the front page of the Los Angeles Times yesterday.

“Democrats vow to fight the climate.”

The story (which I didn’t read) was illustrated with a photo of President Biden leaving Marine One at the White House looking a little depressed.

You can’t always tell from his photo how President Biden is feeling. Especially when he’s wearing a COVID mask. But we know he and his Democratic Party allies are facing a major challenge on their agenda – one of which is tackling the climate.

The same issue of The Times had a cover story about the closing of Marie Callendar’s last restaurant in the San Fernando Valley just before Thanksgiving. No more pumpkin cakes. America once had more than 150 Marie Callendars restaurants. Only 27 are left. Many of them were killed by the pandemic lockdowns.

It is entirely possible that this is the real reason President Biden’s face is sad.

But I have another theory as to why the president looks so depressed.

Let’s be honest. The climate is a difficult thing. Especially when the people who are expected to take over the argument are pale, misshapen politicians who drink too many martinis for lunch.

The climate, as we all know, urgently needs to be addressed. It has come to a long (and so far very successful) finals for President Biden and the Democrats, and the Republicans have not been of great help. In fact, some Republicans have campaigned for the climate.

Who can we turn to?

Do you want to tackle something? Get someone who knows how to tackle! As a loyal fan, I recommend defending the Denver Broncos. 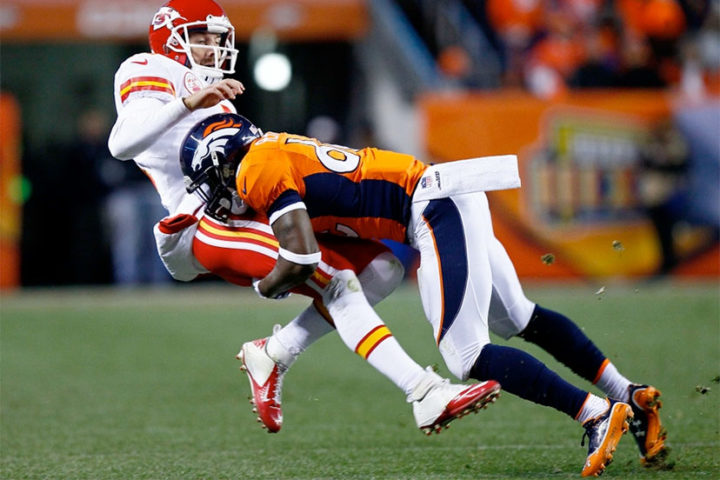 I got this idea from my neighbour’s car. He has a Broncos logo on the rear window of his minivan and also a bumper sticker that says “Let’s Tackle the Climate”.

The Denver Broncos defense has only allowed 17.4 points per game this season, making it the second-best average in the NFL. Much of their success comes from tackling large, heavy objects (usually enemies) that need to be attacked but do their best not to be attacked. Like the climate, for example.

I don’t recommend the Broncos Offensive though. You’ve been a shame this season. Much like the Democrats in Congress.

I wonder, ‘What if the Democrats switched places with the offensive lineup of the Broncos?’ Would our chances actually improve … either way?

The underrated writer Louis Cannon grew up in the vast American West, though at the slightest opportunity his ex-wife will deny that he ever grew up.