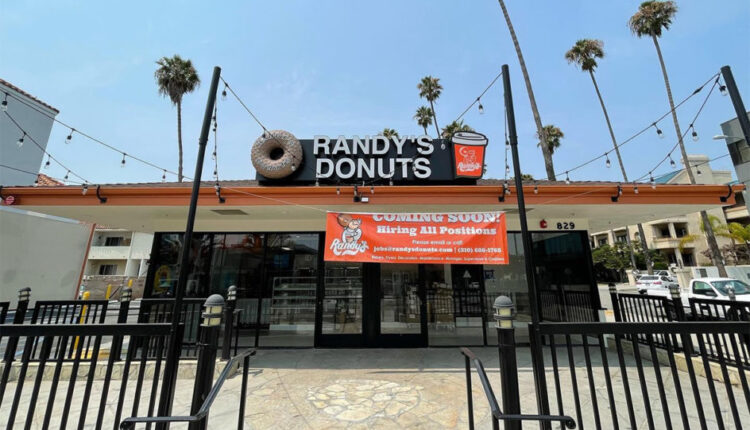 California’s iconic Randy’s Donuts will continue its expansion in the state with its recent opening in Santa Monica.

Just minutes from the Santa Monica Pier, the new store is Randy’s Donuts’ eighth location in California and the first on the Westside of Los Angeles. The new location will also be the first to showcase Randy’s Donuts’ newly developed signature coffee, Randy’s Roast, with a more robust coffee schedule and specials.

The grand opening of Santa Monica will be on Tuesday, August 31, from 6 a.m. to 10 p.m. All guests receive a free, glazed donut that day from 6 a.m. to 12 p.m. An official ribbon cutting ceremony will take place at 11:00 am, along with the unveiling of a 10-foot replica of the company’s giant donut.

“Our original Inglewood store has been a top Los Angeles travel destination for nearly 70 years. Just like at Santa Monica Pier, people from all over the world come to Randy’s Donuts for the photo op, but they stay for the donuts, ”said Mark Kelegian, president of Randy’s Donuts. “Santa Monica is a community that loves their coffee (and donuts) as much as we do. For this reason, we decided to use the Santa Monica location to launch our newly developed Randy’s Roast coffee, to test new flavor profiles and coffee beverages in combination with our handmade donuts, before introducing them in other stores. We’re excited to take Randy’s Donuts to the next level as a major player in both the coffee and donut categories, and it all starts in Santa Monica. “

Randy’s Donuts currently has five locations in the greater Los Angeles area – Inglewood, El Segundo, Torrance, Downey and Pasadena, as well as locations in Costa Mesa and Bakersfield, California. In spring 2021, the company announced plans to franchise the concept domestically and internationally by signing 164 franchise deals and seven Nevada locations over the next 18 months.