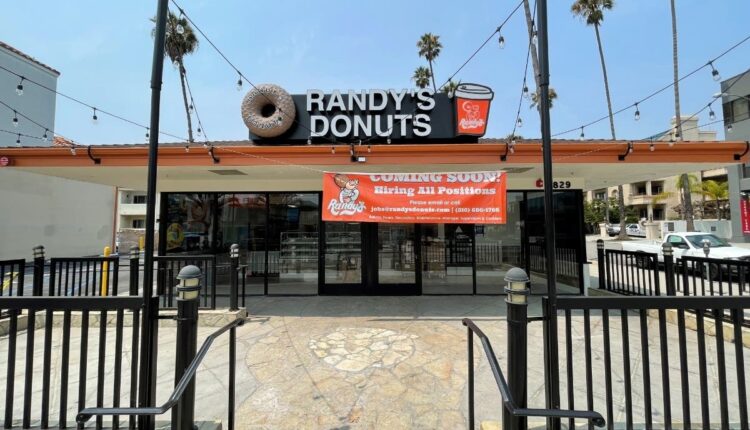 SANTA MONICA, CA – Get ready: Randy’s Donuts will open its doors in Santa Monica this month, bringing the chain’s iconic candy and coffee to the Westside, the company announced on Tuesday.

People are invited to a grand opening ceremony and giveaway on August 31st – customers will receive a free glazed donut from 6 a.m. to 12 p.m. that day.

This new store won’t have a giant donut on the roof like the original Inglewood location, but there will be a replica of the LA landmark so people can snap a quick photo.

Visitors can also expect some new coffee and donut pairings. The new location will be the first in the company to showcase its new Randy’s Roast coffee program, which includes a wide variety of monthly and seasonal coffee beverages and pairings.

Randy’s Donuts is originally located in Inglewood, along with locations in Torrance, El Segundo, Downey, Pasadena, Costa Mesa and Bakersfield. It also has stores in South Korea and Saudi Arabia.

The company announced earlier this summer that it was hiring at its new Santa Monica location.