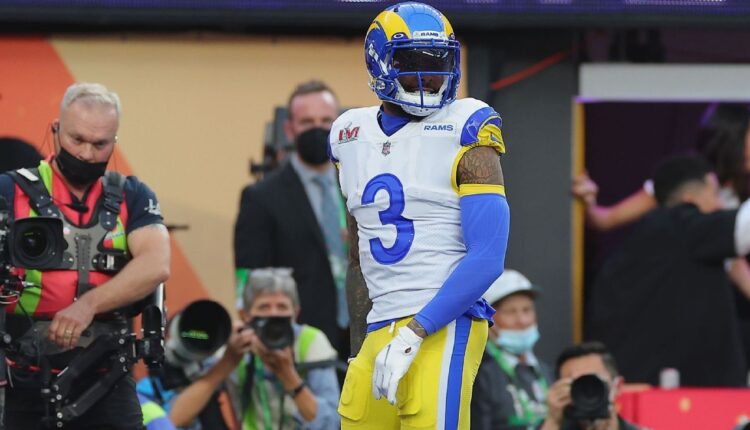 Just a few weeks ago, Los Angeles Rams coach Sean McVay was celebrating his team’s Super Bowl victory. That didn’t last long, as McVay and general manager Les Snead now are already deep into planning for next season and how to secure another championship for the Rams.

“It’s been such a whirlwind, to say the least,” McVay said recently. “Now you start to move forward. You want to keep as many foundational pieces in place while not being naïve to the fact it’s a brand-new year.

“There’s going to be a lot of turnover … The first step for us is trying to sign as many of our own (free agents as possible).”

The Rams don’t have an extensive list of potential free agents as they prepare to “run it back” in 2022. But the list does contain some big names and significant contributors to the franchise’s first championship since 1999 and its first title in Los Angeles since 1951: wide receiver Odell Beckham Jr., linebacker Von Miller, cornerback Darious Williams, guard Austin Corbett, center Brian Allen and running back Sony Michel.

Williams has been a steady presence at corner and nickel, Corbett and Allen both started on the offensive line and Michel helped keep the Rams’ running game afloat after the Rams suffered injuries to running backs Cam Akers — who missed 16 games with a torn Achilles — and Darrell Henderson Jr., who missed five regular-season games and three playoff games with a variety of ailments.

The decisions on how to proceed in retaining those players are complicated by several factors, including the ACL that Beckham scores in the Super Bowl and a tight salary cap situation, as the Rams are roughly $17.5 million over the cap according to ESPN’s Roster Management System. Others are the possible retirement of left tackle Andrew Whitworth, how to handle All-Pro defensive tackle Aaron Donald — who also hinted at retirement prior to the Super Bowl and would be in line for a raise if he returns — and an extension for quarterback Matthew Stafford, who has one season remaining on his contract.

“There’s definitely going to be an intentional plan and (an extension for Stafford) is a part of that to make it all work,” Snead said. “But the blueprint that’s on paper now is to tackle the players whose contracts are going to expire because that’s what we know is coming down the pike and is most urgent.”

The Rams, depending on their success in retaining their own free agents, could be looking for help at wide receiver, offensive line, edge rusher and cornerback.

Snead indicated the Rams would attempt to re-sign Beckham, even though he won’t be available when next season begins.

“We’d definitely like Odell to be a part (of the team),” Snead said. “You just know he might miss the first half of the season. The negative to that is that’s just an unlucky break. The positive is you might get someone with very fresh legs for the stretch run.”