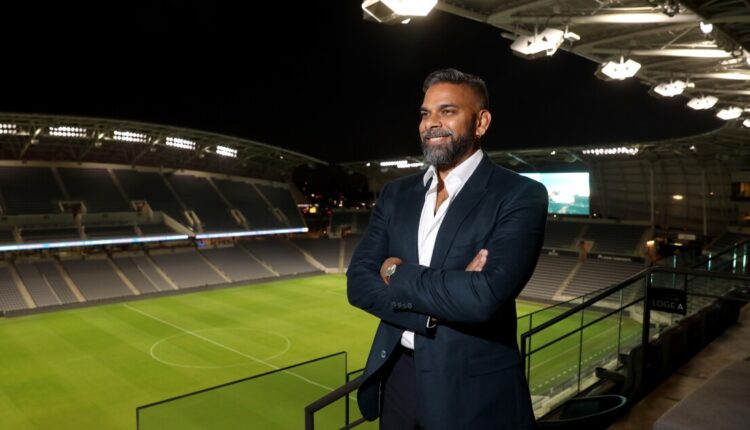 Varma entered the race with a splash last fall, renting out Banc of California Stadium for a 400-person launch event where he promised to end homelessness and cut government waste. But despite billboards plastered with his face and the slogan “A New Kind of Mayor,” the tech entrepreneur’s largely self-funded campaign struggled to gain broader traction with voters in the months that followed.

Polling conducted in late March and early April showed he had the support of 1% of likely voters.

“Although Rick and I have very different backgrounds and experiences, I found that we are united by a common purpose,” Varma said in a statement Monday. “We both want Los Angeles to be a city that is safe, affordable, and clean. A city that our children and decades to come can be proud of.”

Bass and Caruso are the clear frontrunners in the race to replace Mayor Eric Garcetti, though other candidates still in the race include Councilmember Kevin de León, who released two new television and digital advertisements last week, and activist Gina Viola, who has commanded a small but dedicated following running to the left of Bass.

Ballots have already been printed and mailed, meaning voters can technically still select Varma, Feuer or Buscaino as their choice. Those votes will still be counted.

Angelenos have until June 7 to mark and return their ballots. The top two vote-getters in the June election will advance to a November runoff unless a single candidate receives more than 50% of the vote and wins outright.

Varma, an Encino resident and co-founder of the online tutoring firm Revolution Prep, had put $4 million of his own money into his campaign since getting into the race last October. Running on bringing a data-driven approach to City Hall, Varma told The Times last month that he planned to put money into billboards, digital advertising and radio spots.

“I want it to be known to the people that there is a third option — a businessman who isn’t an out-of-touch billionaire, a person of color who isn’t a defund-the-police progressive,” he said at the time.