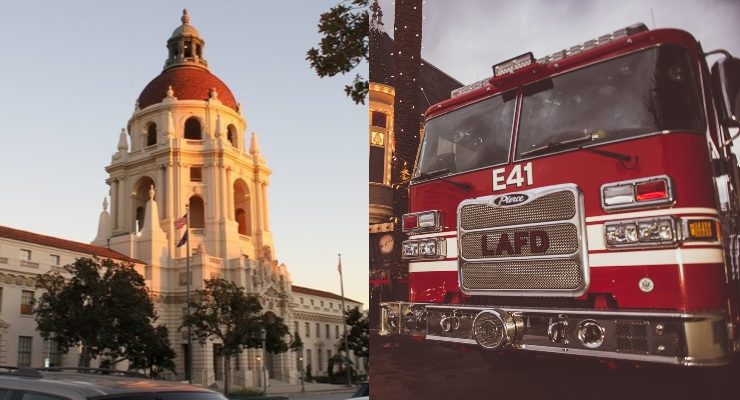 The new agreement replaces the previous agreement dated January 2019. There was no change proposed. The new contract will expire in March 2025.

Under the agreement, LAFD will provide resources to Pasadena, Burbank and Glendale (known as the Tri-Cities) when requested during emergency incidents, in areas identified in the agreement.

According to Pasadena Fire Chief Chad Augustin, in 2021, LAFD responded to a total of five incidents in Pasadena. Pasadena responded to LAFD areas 39 times.

“If you look at the number, you may say that’s really weighted but they have specialty equipment that we would not be able to have without their assistance,” said Augustin.

The biggest benefit Pasadena is getting under agreement, as per Augustin, is the helicopter response.

“Where do we get the biggest benefit from the LA city? Their aircraft. They have three to six helicopters that are deployed on a regular basis.”

Augustin said Pasadena Fire Department encounters difficulty in accessing high hazard and mountainous areas. During emergency incidents in these areas, he said the amount of fire that aircraft can knock down in a very short period of time “is an extreme benefit to us.”

The fiscal impact of the automatic aid is yet to be determined but the Fire Department said in its report that it will not increase or decrease the city’s costs.

Aside from its contract with LFD, Pasadena Fire also has two other agreements with Los Angeles County and the Angeles National Forest and for fire and rescue services.

Get our daily Pasadena newspaper in your email box. Free.

Get all the latest Pasadena news, more than 10 fresh stories daily, 7 days a week at 7 am

Missouri Tried to Fix Its Doctor Shortage. Now the Fix May Need Fixing.

Is HBO Max’s Minx Based On A True Story?