Promenade 3.0 in the test – SM Spiegel 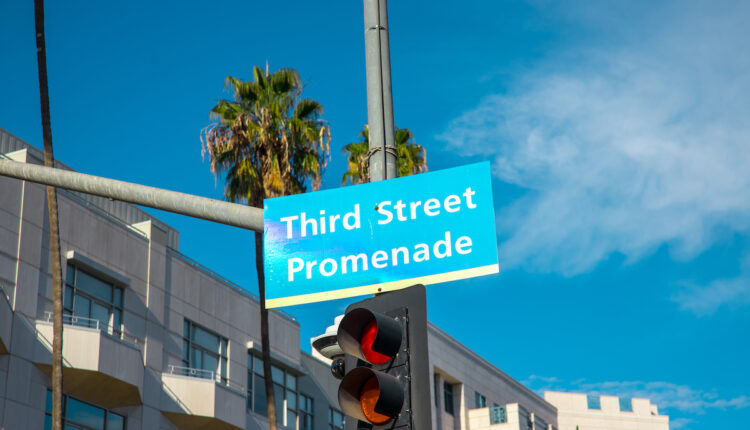 It’s no secret that Third Street Promenade has lost its luster, tenants, visitors, and customer pedestrians. The promenade has served as a sales tax cash cow for years, based mostly on tourism, but that has changed in recent years due to specific factors that are known to everyone, such as:

But the current dire scenario presents an opportunity for a “new deal”. After reviewing the Promenade 3.0 presentation as a whole, your reinvention and vision topics are both exciting and ambitious goals for change, but which must be followed by a realistic step-by-step direction with a strategically defined implementation plan. Everyone, especially property owners and residents, should be allowed to sit at the table when making the decision, as this is too extensive a redevelopment plan to be treated differently. As we understand it, most property owners on the promenade are in “survival mode” and have already made deep rental concessions and incentives to re-let.

Any theme, strategy, or scenario involves a commitment to integrate the mall and downtown adjacent to the larger city as a whole and to be integrated into a general physical and financial master plan. In particular, The City, DTSM (Downtown Santa Monica Inc., and SMBOA (Santa Monica Bayside Owner’s Association) need to work together to resolve this emergency crisis and create a development with a recovery plan that works for everyone. Often times, a crisis brings people with different views and politico-economic agendas together, and there couldn’t be a more pressing time.

We have seen that the antiquated tourism model no longer works due to the risks of being heavily dependent on one source or one market segment. DTSM and The City of Santa Monica are due to make a positive proposal about the role of the boardwalk in their future. Will the basic purpose of this pedestrian and destination mall be converted into a local open air resource for future downtown residents within walking distance? Will or should the boardwalk focus on services for city-wide residents, including new mixed-use and increasing housing options that meet these specific transportation and parking needs, rather than unreliable tourist crowds and changing market demands? It is one thing to direct the city’s boardwalk policy towards money-consuming tourists from abroad. Planning the use of the space by the residents is something completely different.

Without extensive planning or perhaps even a long-term “master plan” for this area, the promenade will stagger with constant problems, which ultimately increase the complexity, the degree of difficulty and the associated solution costs. DTSM and The City of Santa Monica need to define and present a vision that speaks to actual realities, not just dreams and feel-good concepts without proper research and review, but maybe just designed to attract voters in the next election.

The Way Forward in 3.0 says, “Santa Monica’s continued love for the place lays the foundation for its next renaissance.” That statement is true, but any meaningful way forward must begin with the foundation for solving crime and homelessness problems across the city before real estate owners and the City of Santa Monica spend significant or permanent investment improvement funds.

Building on this would be a functioning business model. Definition of the vision, the desired growth direction and the forecast market mix in connection with the provision of good parking facilities. What exactly would be the most effective mix of uses with a flexible zone profile that invites potential and unique tenants to prioritize service to current and future residents and provide attractions and entertainment for tourists and visitors?

There are some conflicts in the decision making process. For example, the city of Santa Monica, on the one hand, claims to support growth, new homes, businesses, and more pedestrians for ailing leases. Nevertheless, they also approve the demolition of multi-storey car park 3 (located on 4th street). for affordable living space, which reduces the critical need for parking in the best location without planning a replacement and without needing sufficient parking spaces to meet the residential and commercial needs in the city center? Affordable housing is one thing, but it needs to be in prime commercial real estate when other more flexible alternatives are available in the city (e.g. why is the city of Monica wasting resources on closing part of Main Street and calling it a “plaza, a” pedestrian plaza “. Imagination and speaks of disorientation.

We must demand logic and common sense from our city guides and management when planning any new vision or new conception for the promenade and inner city areas.

First and foremost, the City of Santa Monica must, within its legal and financial capacity, take all necessary steps to investigate the homeless and related crime in the city, paying particular attention to the “hot zones” and trade corridors.

This crisis borders on a public safety emergency and must be treated as such. Public safety is a primary responsibility of the city government, and they have grossly failed; there is no excuse! It is the city’s responsibility to serve and protect the common good, and it falls far short of that. Property owners should not take this burden unjustifiably until the city provides adequate police protection, increased patrols across the city, and increased security and general cleaning services for the homeless. Where and how has the money been spent on these critical services so far?

The persistent homeless situation in Santa Monica is the direct result of city politics. A current analysis by City-Journal (a) shows what effects politics can have on successfully coping with the problem:

At least we don’t have any tent issues, but why can’t Santa Monica “mirror” the same approach and enforce the law? Santa Monica has earned a dubious reputation as a haven for the homeless. That has to end now!

The City of Santa Monica, independently or with Los Angeles, should be vigorous lobbying Congress and our state officials to invest much more in proven homelessness solutions. The bottom line is that the government needs to streamline the process and work with local governments on an immediate, multi-layered solution. There is no time left because this is a real public emergency, and frankly, this is nothing less than some kind of disaster that should qualify for additional federal government funding.

If there are to be more eclectic and minority-run companies in the sense of 3.0 Strategy 8, they must serve the model of the planned vision. In order to stimulate tenancies and development in the locations and alleys, as suggested in Strategy 3.0, there could possibly be a government rent subsidy program, the repayment of which depends on future sales tax income (details to be determined). These usage costs would be partially subsidized by the City of Santa Monica and implemented by the property owners under a pre-established and approved marketing plan for this specific purpose. This offers the opportunity for both government and private investments to benefit from the forecast increased leasing activity and ultimately the additional tax revenue.

The main idea is that an effective economic recovery plan must show both property owners and government contributions step-by-step in conjunction with a cohesive marketing plan.

The vision and strategies of Promenade 3.0, as envisioned, have little hope of any appreciable success until the city creates a cohesive plan that specifically targets which direction and markets for future commercialization and redevelopment.

The City of Santa Monica must do adequate research before any form of redefined relationship between public spaces and the existing or newly constructed business, mixed-use, or lease environment can be successful.

Street galleries, live theaters, music venues are exactly the kind of marketing and experiences that Amazon or other online competitors cannot offer. That in itself could be a high enough profit margin to be self-sustaining. It would also define the boardwalk as a destination, providing unique attractions and incentives for visitors while promoting the laid-back beach lifestyle that Santa Monica is so famous for.