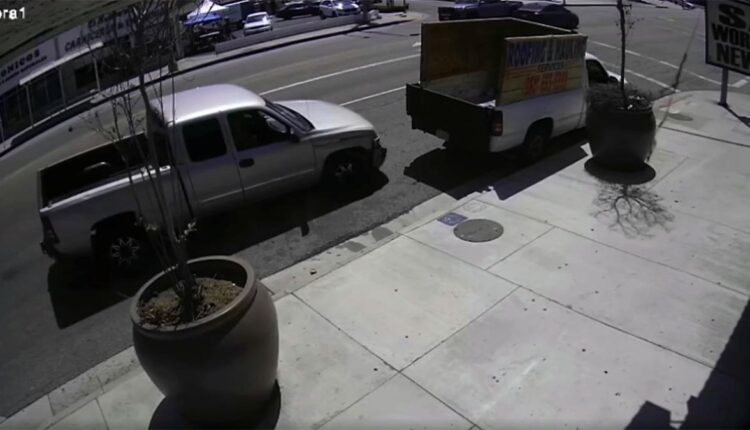 A pregnant woman and her unborn child were killed in a traffic accident and a DUI accident in Long Beach on Saturday, police said.

A 26-year-old man who was driving the pickup truck she was a passenger in was arrested while drunk on suspicion of grievous bodily harm.

The suspect and a 10-year-old boy, who was also traveling with him in the GMC pickup, suffered non-life-threatening injuries, the authorities said.

Long Beach Police said the tragic chain of events began when the driver of the pickup found himself in a street conflict with the driver of another vehicle that lasted several blocks.

“Detectives learned that an adult male was driving his 2006 GMC pickup truck south on Long Beach Boulevard at high speed, with an adult female and a 10-year-old teenage boy as passengers,” a police statement said . “The GMC driver was involved in a traffic accident with a second vehicle for several blocks when the driver of the second vehicle tried to break away from the traffic accident.”

A 45-year-old man who was not involved in the street rage deal was leaving a parking lot on the street driving a 2004 Toyota Corolla when the car was hit by a GMC pickup truck, police said. The GMC then crashed into a parked, unoccupied truck.

The woman at the GMC and her unborn child died in a hospital. The victim was eight months pregnant, the police said.

The GMC driver was identified as Miguel Larios, a 26-year-old Long Beach resident, police said. He was arrested and arrested on suspicion of two cases of gross manslaughter on vehicles while drunk, one for driving under the influence of alcohol and one for endangering children. The bail was set at $ 200,000.

It was not immediately clear what led to the confrontation with street rage.

It was not initially clear whether the suspect had a lawyer. The LA County jail records did not provide an initial court date.

In Lebanon, Discontent Grows With Hezbollah’s Political, Military Might | Voice of America