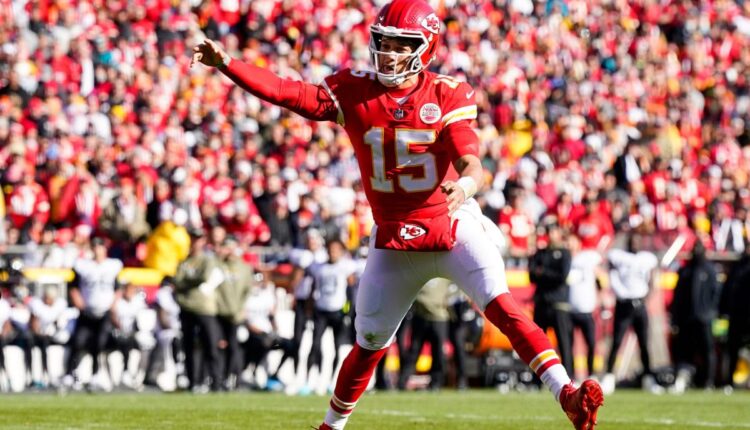 The Rams will be without star quarterback Matthew Stafford after he entered concussion protocol and is dealing with a ‘neck issue’ this week. Third-string quarterback Bryce Perkins could draw the start against an aggressive Chiefs defense.

The Chiefs look to keep rolling behind Patrick Mahomes. The offense continues to find balance as rookie running back Isiah Pacheco expands his role. The Chiefs own the NFL’s top offense and get a Rams defense allowing 22.7 points per game.

Here’s a look at the betting details and USA TODAY’s NFL staff picks for the Rams vs. Chiefs Week 12 game:

Teams have figured out that quick passes against the Rams defense neutralizes the pass rush. With Matthew Stafford in concussion protocol and the offense in shambles, this is a lost season for LA How will players respond? The track record this season suggests: not great.

The last two Super Bowl champions meet in what would have been an amazing Super Bowl matchup last season. But this game won’t look like it on Sunday. Patrick Mahomes and the Chiefs will face a tough defense but have too much firepower offensively that the defending champion Rams don’t have without Cooper Kupp.

No Cooper Kupp, no hope for the defending champions as Patrick Mahomes begins tightening his vision toward a no. 1 AFC seed.

RELATED: Which offseason move has paid off the most for its respective NFL team?

NFL salaries: These are the highest-paid NFL players

Gannett may earn revenue from sports betting operators for audience referrals to betting services. Sports betting operators have no influence over nor are any such revenues in any way dependent on or linked to the newsrooms or news coverage. See applicable operator site for its terms and conditions. If you or someone you know has a gambling problem, help is available. Call the National Council on Problem Gambling 24/7 at 1-800-GAMBLER. Must be 21 or older to gamble.

Thanksgiving in LA kicks off with high wind warnings