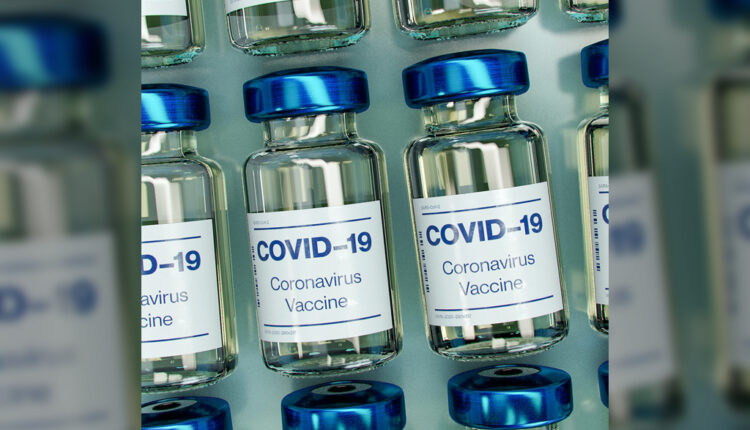 Since President Joe Biden asked the Pentagon last week to add the COVID-19 vaccine to mandatory vaccinations for the military, former Army attorney Greg T. Rinckey has received a spate of calls.

His company, Tully Rinckey, has heard from hundreds of soldiers, Marines and Sailors who want to know their rights and whether they could take legal action if they get vaccinated against the coronavirus.

“A lot of US troops have reached out to us and said, ‘I don’t want an untested vaccine, I’m not sure it’s safe, and I don’t trust the government vaccine. What rights do I have? ‘”Said Rinckey.

In general, their rights are restricted as vaccines are widely seen as essential for the military to carry out its missions, as soldiers often eat, sleep and work in confined spaces.

Secretary of Defense Lloyd Austin said he is working briskly to make the COVID-19 vaccine mandatory for military personnel and is expected to ask Biden to waive a federal law requiring individuals to have a choice if the vaccine is not fully licensed . Biden has also ordered that all federal employees be vaccinated or subjected to frequent tests and travel restrictions.

Lawyers say the waiver will put the military on a firmer legal footing so they can avoid the court battles it faced when it mandated the anthrax vaccine for troops in the 1990s when it was issued by U.S. Food and Drug Administration was not fully approved.

The distrust of some service staff not only reflects the sentiments of the general public towards the COVID-19 vaccines, which were quickly approved for emergency use, but results in part from the problems of the anthrax program.

Numerous soldiers refused to accept this vaccine. Some left the service. Others were disciplined. Some have been tried by court-martial and thrown from the military with dishonorable dismissals.

In 2003, a federal judge approved the military personnel filing a lawsuit alleging the military could not give a vaccine that was not fully licensed without their consent and halted the program.

The Pentagon resumed it in 2004 after the FDA granted approval, but the judge stopped it again after ruling the FDA failed to follow the procedures.

Eventually the FDA properly cleared the vaccine and the program was reintroduced on a limited scale for troops in high risk areas.

Military experts say the anthrax vaccine litigation may be why the Biden government has acted cautiously. So far, the government has relied on encouraging troops rather than mandating the shots. But coronavirus cases in the military have risen, as elsewhere, with the more contagious Delta variant.

If the military makes the vaccine compulsory, most soldiers must be vaccinated unless they can argue that they are among the few who are granted an exemption for religious, health, or other reasons.

According to the Pentagon, more than 1 million soldiers are fully vaccinated and more than 237,000 have received at least one vaccination. There are approximately 2 million active soldiers, guard and reserve troops.

Many see the COVID-19 vaccine as necessary to avoid another major outbreak like the one last year that knocked out the USS Theodore Roosevelt and resulted in more than 1,000 crew member cases and one death.

An Army officer on active duty said he would welcome the vaccine among the military’s mandatory vaccinations. The soldier, who asked not to be named because he was not allowed to speak to the media, said he feared unvaccinated soldiers could abuse the honor system and go to work without a mask.

He recently drove with others for work, but didn’t feel like he could ask if everyone was vaccinated because it had become such a political issue. Commanders struggled to separate vaccinated and unvaccinated recruits during the early stages of basic training in the service to prevent infection.

Housing unvaccinated troops would put a strain on the vaccinated service members as it would limit the selection of troops and veterans selected for deployment.

“The military is traveling to vulnerable populations around the world to best serve the United States,” said former Air Force Staff Sgt. Tes Sabine, a radiology technician in an emergency room in New York State.

“We need healthy people in the military to do missions, and if the COVID-19 vaccine does that, it will be a very positive thing.”

“As an ambulance doctor and former flight surgeon for a naval heavy helicopter squadron, I can certify that COVID-19 has the potential to transform a fully trained unit from operational readiness to non-operational status in a matter of days,” she said.

The biggest challenge will be planning the vaccinations around the training, said Stacy, who left the Navy in 2011 and did group vaccinations before deployment.

Army Col. Arnold Strong, who retired from the military in 2017, said he believes the U.S. military cannot overcome anything: troops working in the remotest corners of the world have access to medical officers. Given that most people sign up to obey orders, he believes it won’t be any different this time around.

“I think the majority of service members will get in line and get vaccinated once it’s a Department of Defense policy,” he said.

Strong lost five friends to the virus, three of whom were veterans.

He hopes the military will lead by example.

“I would hope if people see the military rise and say, ‘Yeah, let’s shoot guns,’ that will set a standard for the rest of the country,” he said. “But I don’t know because I think we are exposed to such a severe threat of disinformation on a daily basis.”