Potential donors sought for USC grad student and others with leukemia 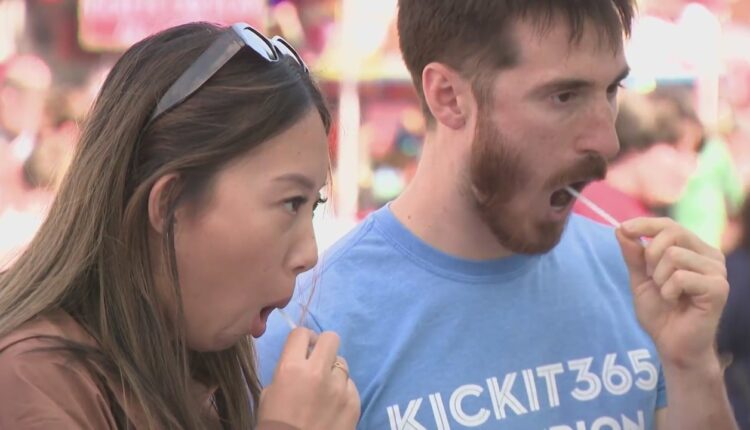 Up until six weeks ago, 31-year-old Caryn Hsu was in the prime of her life.

The graduate student at USC was adjusting after moving from Los Angeles from New York, but one day, she discovered bumps growing behind her ears.

A routine physical confirmed that she had leukemia.

“I never in a million years would’ve thought I’d get sick,” Hsu said.

Since then, she’s been undergoing chemotherapy, but she’s in need of a bone marrow transplant, and none of her family members are a match.

Her only hope for full recovery is finding a perfect donor through a national system, and the Be the Match registry has stepped in to help lead donor registration drives, including one in Santa Monica on Saturday.

“It takes about five minutes of a person’s time. They fill out some information on their phone … and a swab kit will be mailed to them,” said Chris Cheng with Be the Match.

Chen said for patients like Hsu, their only chance of beating this diagnosis and surviving is with the help of the public, as there’s only about a 47% chance of finding a match for someone who is Asian in the registery.

Hsu had one plea for the community.

“If they could consider getting swabbed and tested, it’s really simple and it’s free and really easy. If they don’t match with me, maybe they match with somebody else and could save their lives, because I’m of the demographic that if I don’t get one, I wouldn’t be able to beat the leukemia,” she said.