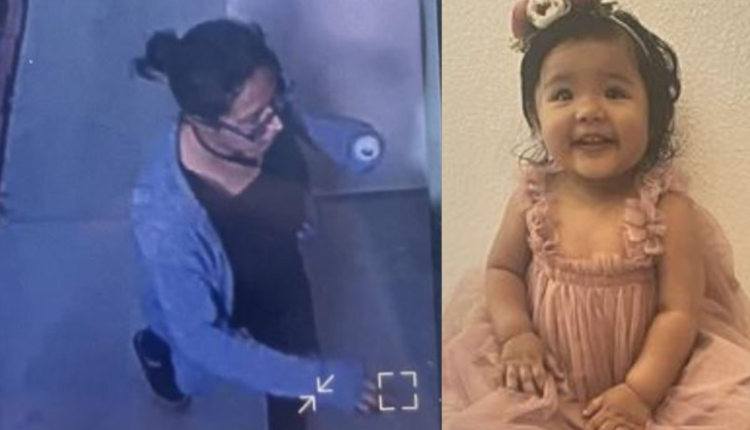 Police are searching for a woman who abducted a baby girl in Los Angeles County on Tuesday.

The victim, 19-month-old Kyra Mangayayam, was last seen at the 20200 block of Keswick Street in Winnetka around 1:15 pm according to Los Angeles Police.

The suspect, Diana Robles, who is also the baby’s mother, does not have custody rights of the child, police said.

The suspect is described as a Hispanic female standing 5 feet 2 inches tall with black hair and brown eyes. She was last seen wearing a gray sweater, black pants and black shoes.

The baby is described as a girl with brown hair and brown eyes. She stands 2 feet 5 inches tall and weighs about 35 pounds.

Anyone with information is asked to call Topanga Division Detectives at 818-756-3525.