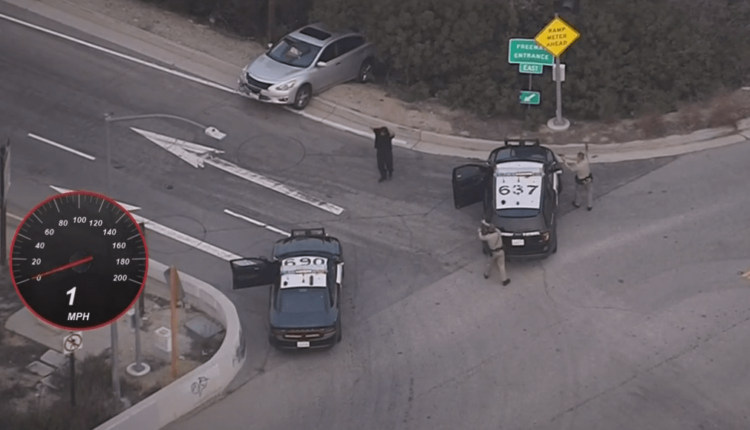 A man wanted for leading a police chase through the San Fernando Valley was arrested Sunday after resisting arrest and attacking two California Highway Patrol officers.

The chase began in Castaic around 5:30 p.m. after police reported that he was wanted for speeding.

A man in a silver Nissan Altima drove over highways at over 160 km / h. He made a quick turn into the streets, but then jumped back onto the highways.

Shortly after 6 p.m., a CHP did a pit maneuver and the silver Nissan turned off at the entrance to Freeway 118.

The Nissan ended up near the bushes and balanced on the edge of the sidewalk.

The male driver got out of the car and at first seemed to be obeying.

When two CHP officers came up to him to handcuff him, the man resisted the arrest and attacked the officers.

The two officers fought with the man for a few seconds before they got the situation under control.

A third CHP officer arrived within minutes and helped arrest the suspect.

The man wanted in the pursuit was arrested at 6:05 p.m. on the corner of Rocky Peak Fire Road and Santa Susana Pass Road in Simi Valley.

The officers attacked by the driver appeared unharmed.