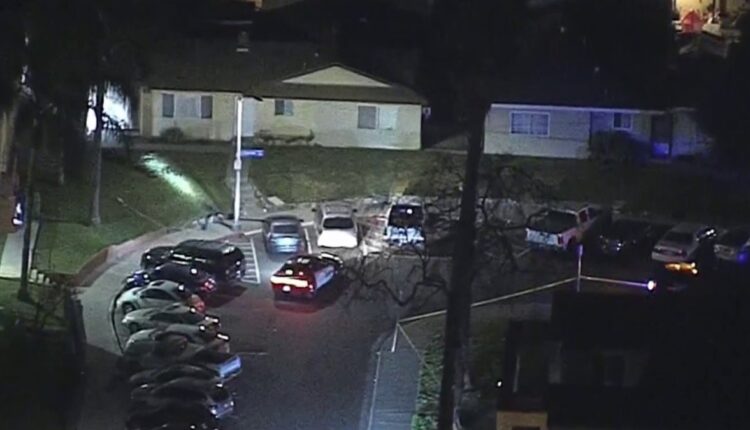 A Pomona Police Department officer was shot Thursday night by a barricaded suspect, who was also shot by police.

The department reported about 7:45 pm that the shooting occurred in the area of ​​Angela Street and the 2300 block of Chanslor Street near the 60 Freeway, though details on what led up to the shooting were not immediately clear.

The shooter barricaded inside an apartment in the area, but was taken into custody just after 8 p.m. and treated by Los Angeles County Fire Department paramedics.

The officer was taken to Pomona Valley Hospital where he was expected to survive with non-life-threatening injuries to a leg and the shooter was taken to the same hospital with unknown injuries.

Two other suspects are at large, said Deputy Miguel Meza of the Sheriff’s Information Bureau.

Anyone with information about these shootings is asked to call the Sheriff’s Homicide Bureau at 323-890-5500. Anonymous callers may call Crime Stoppers at 800-222-TIPS.