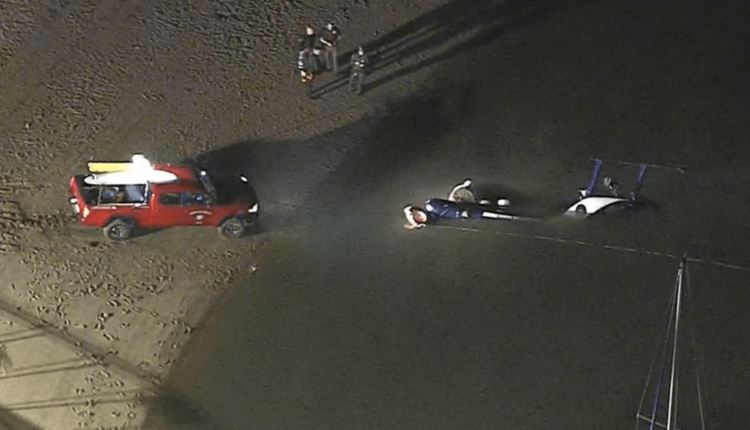 A Huntington Beach police helicopter crashed into the water in Newport Beach Saturday afternoon, leaving one officer dead and another in critical condition, the Huntington Beach Police Department said.

The two officers were responding to a disturbance fight call in Newport Beach when it crashed into the water, Huntington Beach police chief Eric Parra said in a press conference Saturday.

The officer who died was identified as 44-year-old Nicholas Vella, a 14-year veteran of the Huntington Beach Police Department.

The crash appeared to have happened not far from the shore off the Balboa Peninsula.

We can confirm that our police helicopter, HB1, crash landed in the Newport Beach area. Rescue efforts are underway & more information will be released when available.

Both occupants were transported to local trauma centers, authorities said.

The initial call of the incident came at approximately 6:34 pm near 42 Balboa Blvd. at Newport Beach.

The National Transportation Safety Board and the Orange County Sheriff’s Major Accident Investigation Team are investigating the incident, Parra said.