Police, fire brigade and vaccine: will resistors change their minds? 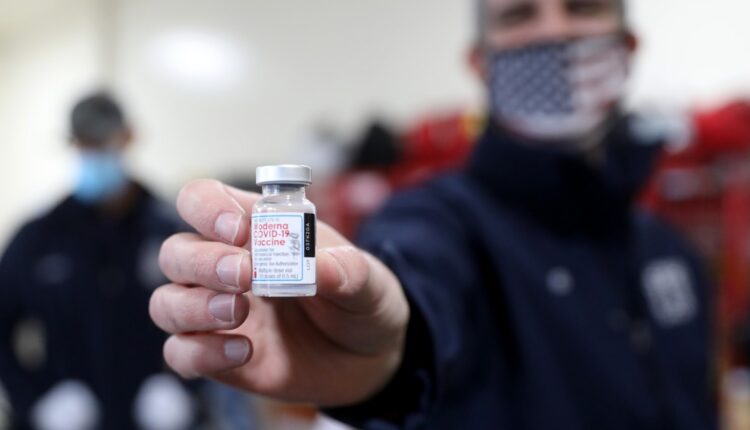 I hate the way the word “optics” is overused like in “Oh, that makes really bad optics”. But that won’t stop me from using it here today.

For all of the Los Angeles cops and firefighters who yelled about the COVID-19 vaccination mandate and argued they didn’t want or need to be needled, this week’s news of coronavirus outbreaks in the workplace is making them look really, really bad.

Could the freedom fighters climb out of their foxholes, connect the dots and reverse course?

I wouldn’t bet on it. Logic, science, and consideration for others have not mattered so far, and I don’t expect any changes.

The resistance “still depends” on the “Fire Brigade for Freedom” cause, a frustrated, vaccinated firefighter told me. And the resistance, he said, are not open to opposing views.

Not even if the consequences are shameful.

Meanwhile, other public safety agencies in California and beyond have seen their own outbursts of resistance.

The San Diego Union-Tribune reported in a poll of City Police Assn. 90% said they were against a mandate, 65% would consider resigning if forced to vaccinate, and 45% would be fired rather than vaccinated.

You know what i’m thinking

When you work as a first responder for taxpayers, personal freedom from public duty is trumped. The task is to serve and protect, not to serve and to infect. And we may never know how many people in public and the families of police and firefighters fell ill or died because public security officers refused to be vaccinated.

Science is not on their side, and neither is statistics. The hospitals are not filled with people suffering from the harmful side effects of the vaccine. They are full of people who refused to take it. And now we have NBA stars who think they’re scientists, among other things. (Suspend them, I say, for no pay, and use their salaries to help fund a vaccine education fund that will set the facts and bank the bias.)

And by the way, why do policemen, firefighters and others who have no trust in American medical professionals rush to the nearest hospital when they become seriously ill?

“COVID is the No. 1 killer of [law enforcement officers] 2020 and 2021, ”says the Officer Down Memorial Page. “The vaccination is just as important as wearing a vest and seat belt.”

Notes from the Enemy: San Francisco 49ers on a roll, Los…

Los Angeles man exposes himself on train, passenger who…

Makes perfect sense. But the freedom fighters keep making nonsense. In a plea for donations to a legal fund run by LACountyFree.com – Firefighters for Liberty, the resistance fighters argue that there is “a right to choose what goes into your body and the right to informed consent regarding experimental drugs like that To exercise Covid vaccines “. . “

They are no longer experimental drugs. They have been tested and proven. You save lives.

The same website argues that “this is not an issue between vaccine and non-vaccine. … This is a human rights issue. “

Exactly. It is about the human rights of those who could easily be protected by those who have sworn an oath to serve those in need, in crisis and in need.

It is about the human rights of those who could safely return to school and work, who could get on with their lives instead of having the risk of disease and death above all because they are so misguided that they cannot find between courage and cowardice.

“We’re not afraid of being chased or wrestling with third-forwards,” a frustrated police officer told me, “but half of my department is afraid of a perfectly safe and effective scientific miracle.”

The same officer said that “almost everyone in my department opposes wearing masks indoors” and “their superiors will not do anything to enforce the mandate because they disagree.”

As a condition of employment, LAPD officers must be vaccinated against measles, tetanus, hepatitis B, diphtheria, rubella, and other diseases. Do they really trust all of these vaccines and not the COVID vaccine, or are they just making a political statement?

If so, it doesn’t go down well.

“Last Thursday,” a reader named Alysia said in an email, “the assisted living facility where my 101 year old mother lives called me to report that she was breathless and that her oxygen level was 88% has decreased. Should you call the paramedics? “

Alysia didn’t have to think twice.

“I immediately said NO! You are not vaccinated. We’ll take her … to the emergency room … ourselves, “said Alysia. “I have a feeling that now the public has to put a sign on the front door when we call 911 that says ONLY VACCINATED PEOPLE ARE ALLOWED IN THIS HOUSE.”

When it gets to that point, it says something not only about the resistance, but also about the lack of authoritarian leadership in public safety agencies and officials’ failure to align the ranks amid a national health emergency.

As I said in my previous column on the subject, LA city officials say they are in talks to determine what the consequences will be for those who vowed to protect the public but instead protect themselves , their co-workers, their families and the public put at greater risk.

A firefighter I have contact with said: “In my opinion, the city pays me. You make the rules and it is my personal decision whether I want to obey the rules. “

For those who quit or are fired, he said, “Good release.”

Notes from the Enemy: San Francisco 49ers on a roll, Los Angeles Rams shut down…

Los Angeles man exposes himself on train, passenger who calls to report it turned…