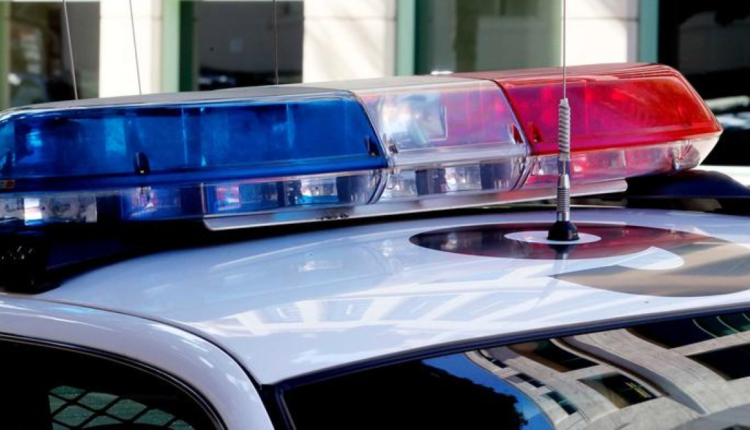 When I got my driver’s license as a teenager, the first thing my mother said was, “This is exciting. So here’s what you do when the cops stop you.”

I was annoyed by the comment. Not only did that affect my performance, but I hated the pessimism: Yes, we were one of the few black families in our suburb, but I didn’t think the world was that racist.

Two weeks later I was actually pulled over.

I will never be able to confirm what role racing played in the situation. What I do know is that the experience was terrifying. I later had two more experiences that shaped my view of law enforcement and motivated me to create a new series featuring police chiefs of color.

The first happened as a child. I will always remember an officer who attended my elementary school in Fresno on a DARE program. His stories about finding drugs on criminals, jumping fences to catch bad guys made us all kids think he was the coolest thing. Sure, we’d seen action movies with daredevil heroes, but he was real and real.

He was particularly significant to me because he was black. The image of a man who looked like me and wasn’t on the receiving end of law enforcement was valuable to me.

The second event is something I’ve debated whether I should ever discuss in an article. But I want to do it briefly because it was important to my understanding of law enforcement.

My cousin took the life of a police officer before he was shot by the police. As you can imagine, this caused a difficult time for my family. For that reason I won’t go into detail about it, but I mention it because it forced me to understand how dangerous this profession is.

With the modern conversations about race and policing, I was curious to hear how police chiefs of color feel about issues like incarceration, racial differences in policing, and what they see as misconceptions about law enforcement.

Today I posted my first interview in a series of three interviews with police chiefs of color in the Golden State. I spoke to Oakland Police Commissioner LeRonne Armstrong about how a person of color affects how he does his job.

“Every day I bring my experiences as a black man first,” Armstrong told me. “When people say racial profiling doesn’t exist, I know that’s not true. I was racially profiled myself. I’ve had white people lock their doors when I walk past their cars and I think I’m the safest person alive.”

Armstrong also spoke about his department’s meme scandal, the hardest part of his job, and the unique challenges of policing the city. The full interview can be found here.

“Up your game and make better tacos.” A taco truck operator has been arrested after allegedly vandalizing a competitor’s booth. Los Angeles Times

Taco stands and loncheras — like this one pictured in Hesperia in 2020 — face intense competition for available public space.

An Inglewood teacher was arrested in 2005 on suspicion of killing a 21-year-old woman after DNA and fingerprint evidence allegedly linked him to the killing, authorities said. “I didn’t do that,” suspect Charles Wright told the Times. “The thing is, anyone who knows me knows I used to sell bags and clothes out of my car. … That’s the only way it could happen.” Los Angeles Times

If you’re a fan of this newsletter, you’ll love our daily podcast, The Times, hosted each weekday by columnist Gustavo Arellano along with reporters from across our newsroom. Go beyond the headlines. Download and listen to our app, subscribe to Apple Podcasts and follow us on Spotify.

An important bill for California workers. The measure, AB 1192, would require the collection of 18 workplace metrics in various categories from the state’s largest private companies that employ 1,000 or more people in California. Metrics are broad and deep, including pay, hours worked, hours worked, benefits, promotion, security, turnover, equity, and the number of full-time employees compared to temporary or independent contract workers. If successful, it could transform the way companies view their own job openings and allow potential workers to know what they’re signing up for. capital and Main 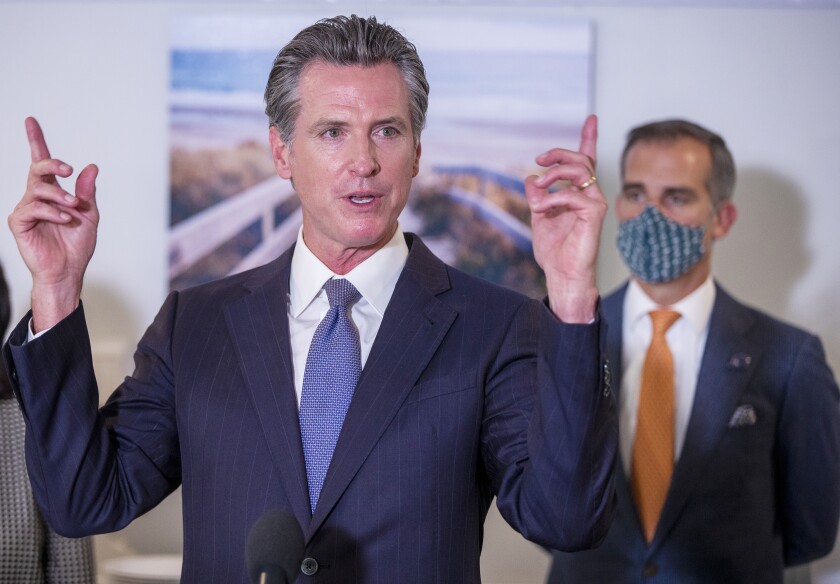 “It’s like he’s in prison.” I wanted to highlight some important accounts of the Fresno Bee. The newspaper revealed in October that Fresno County was holding juveniles in a Child Protection Services office building. Now, The Bee reports that in Madera County, a minor with serious mental health issues is being held for about two to three months in a visitation room in the Child Welfare Services building where social workers come into work. Fresno Bee

Sacramento police said they arrested a man they believe may be linked to recent explosions caused by home-made bombs. Evidence obtained by authorities prompted them to arrest Cody Tristan Wiggs, 23, who now faces charges on suspicion of possession of a destructive device or explosives in a public place and a misdemeanor. No one was injured in any of the explosions. FOX40

“This is my worst nightmare.” A 20-year-old veteran of the Stockton Fire Department was shot and killed while trying to put out a fire on Monday morning. According to the Stockton Police Department, a suspect and a weapon were seized. Fire Capt. Max Fortuna, 47, was shot dead while responding to a dumpster fire with firefighters around 5 a.m. A 67-year-old suspect was arrested and a firearm was found at the scene, police said. Los Angeles Times

Modesto City Schools have stayed open during the recent wave of the COVID-19 pandemic by allowing people to take different positions. A senior county official spent a week as principal, followed by stints as director of middle and elementary school classes. Although districts have changed their policies to ensure student safety and school attendance, they still face high levels of student and staff absenteeism. “Everybody just pitches in. Everyone’s like, ‘I’m just so glad the schools are open,'” said Superintendent Sara Noguchi. Modest bee

Thousands of Oakland Comcast customers lost service Sunday trying to watch the NFC Championship game between the 49ers and the Rams. A Comcast spokeswoman said at some point between 10,000 and 20,000 customers were without service. The company claimed gunfire near Eastmont Mall in East Oakland damaged Comcast equipment and caused the outages. ABC 7

San Francisco police said they were “closer than ever to solving the case of the Doodler, a serial killer who terrorized San Francisco’s gay scene in the 1970s.” The San Francisco Chronicle covered the case on its daily podcast, including a recent update that a likely sixth victim has been identified. Chronicle of San Francisco

Get our free daily crossword, sudoku, word search and arcade games in our new Game Center at latimes.com/games.

Did I tell you about this Twitter account? If you don’t know already, sorry, it will make you waste a lot of time now.

The air was clear as I steered my little plane south toward LA. My co-pilot and I enjoyed a leisurely flight home after competing in the annual Palms to Pines Women’s Air Race from Santa Monica to Bend, Oregon. I navigated towards Mt Whitney for a closer look at its majestic summit; but to our dismay, fluffy cumulus clouds blocked the view. Suddenly the clouds parted and bright rays of sunshine landed on the snow-capped peak. The clouds closed again quickly, but I never took my eyes off this heavenly sight.