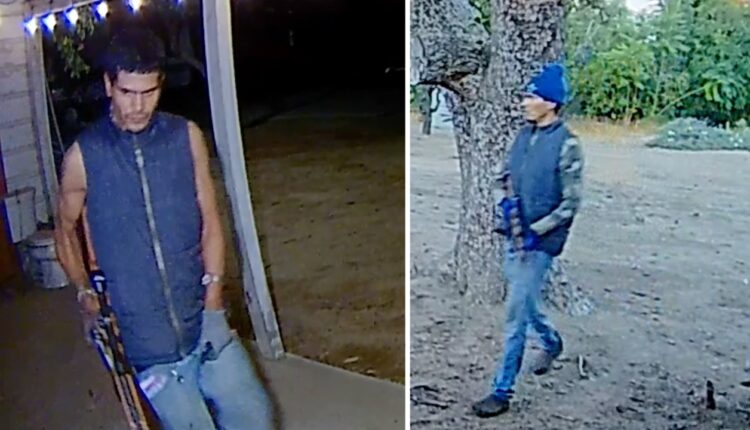 Police are looking for a man suspected of being involved in a series of break-ins in the Shadow Hills, Sun Valley and Sunland areas that were caught with a gun on home surveillance videos.

The suspected intruder is believed to be responsible for eight to ten break-ins or attempted break-ins in both commercial and residential areas, according to Los Angeles Police Department Sgt. Guillermo Gutierrez.

For the most part, he carried some sort of rifle with him, Gutierrez said. He is believed to have several weapons, one described as an AR-15 and another as a hunting rifle, police said.

The first incident was reported on October 19th and the most recent on November 6th. There is no set pattern of when he strikes, police said, and the break-ins took place at different times of the day.

In one incident, the man aimed a gun at a security guard but did not fire the gun, Sgt. Gutiérrez said.

In home security videos provided by residents of the KTLA, the man can be seen in at least two incidents with a weapon in people’s homes. In some of the shots he smokes, wears jeans and a dark zip-up waistcoat and sometimes a blue hat on his head.

He was reportedly spotted near Sunland Boulevard and Wheatland Avenue on Sunday, but police could not find him.

Further details, including a breakdown of the various incidents, were not immediately available.