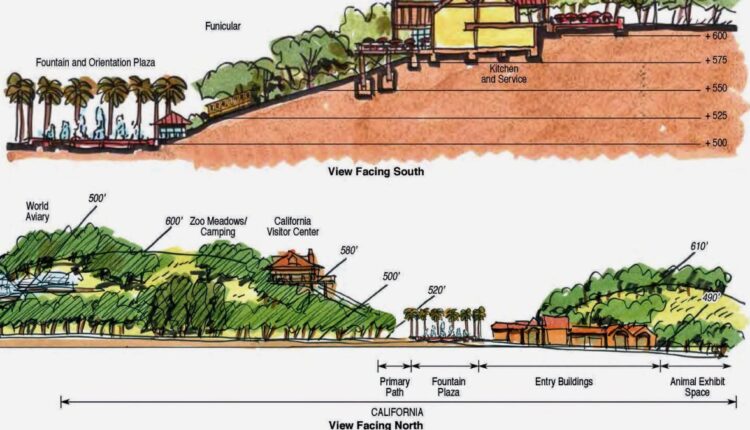 Griffith Park is celebrating its 125th anniversary this Saturday, but a battle is breaking out at the LA Zoo over the future use of vacant space.

It is considered the crown jewel of Los Angeles. Griffith Park is one of the largest city parks with urban wilderness areas in the country.

“Here we have this 4,511 acre piece of land in the middle of LA,” said Clare Darden, director of the Griffith J. Griffith Charitable Trust. “How many other cities have this? We are so blessed.”

The Griffith J. Griffith Charitable Trust donated the huge property to the City of LA in 1896. It has since been home to a famous observatory, the Greek Theater, 110 miles of hiking trails, and the LA Zoo.

“The LA Zoo was built all at once in 1966, and many of the exhibits from 1966 still exist,” said Denise Verret, the zoo’s CEO and director.

The zoo has a proposed 20-year redesign and redevelopment plan that has yet to be finalized and is taking feedback from the public.

“The expansion creates more space for animals, including an increase in area that this plan provides by 270%,” she said.

For some, the word expansion throws a red flag.

“What we need is to preserve the nature we have, especially in a city like LA where there is so much traffic,” said Rodolfo Setien, who started a change.org petition against the zoo’s expansion . “We need green spaces that have to be protected.”

So far it has more than 25,000 signatures, but Verret wants the opponents to know.

“This plan does not expand the zoo beyond its 133 acres,” he said. “There’s no expansion at Griffith Park beyond the area we’ve been in since 1966.”

While the zoo’s footprint wouldn’t change, some of the amenities would change, such as a planned aerial cable car, a visitor center on a hill overlooking a vineyard, new restaurants, classrooms, and meeting rooms.

“I don’t think LA needs any other kind of theme park,” Setien said.

The Story of a Santa Monica Sports Bar: O’Brien’s Irish Pub – The

Rescue native turtles one gallon at a time | Malibu life