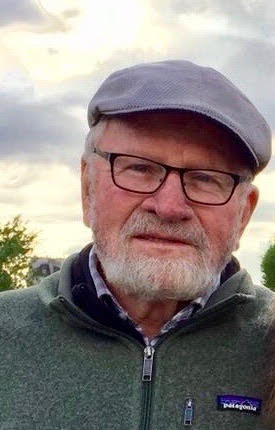 Paul Zakaras was born in Telsiai, Lithuania, in 1940. His family fled the Soviet occupation of their homeland during the Second World War and came to the United States as refugees in 1948. Paul grew up in Rockford, Illinois and attended the University of Illinois before serving in the army. He then earned his Master’s in English at the University of Washington, where he met his wife, Laura. They were married in 1968 at Snoqualmie Falls and were loving companions for 54 years, until his death.

As a young man, Paul wrote for Billboard magazine in Chicago and relished meeting some of the great jazz musicians of his time. He spent most of his career as a professor and a writer: he taught literature and writing for the University of Texas at Austin, the University of Maryland, and Santa Monica City College. He was a gifted and passionate teacher, and touched many lives in his classrooms. He most loved teaching Shakespeare and the American short story.

Paul felt at home in Europe, and he and Laura lived there together for over a decade, in both Germany and Belgium. They eventually settled in Santa Barbara in 1996 and stayed for 23 years before moving to Vermont to be close to their sons and grandchildren. He was a regular at the Saturday farmer’s market and many of the town’s cafes. He lived with gusto and gratitude, and his intelligence, his lively sense of humor, and his expansive joys lifted those around him. Paul was also a doting and committed father to his two sons.

Paul is survived by his wife Laura, his sons, Alex and Michael, his sister, Dalia Bach, and his three granddaughters, Charlotte, Mia, and Emmeline. He died in Burlington, Vermont.

‘I Just Want to Stay in One Spot’: From Homeless to Housed in Rugged Del Norte