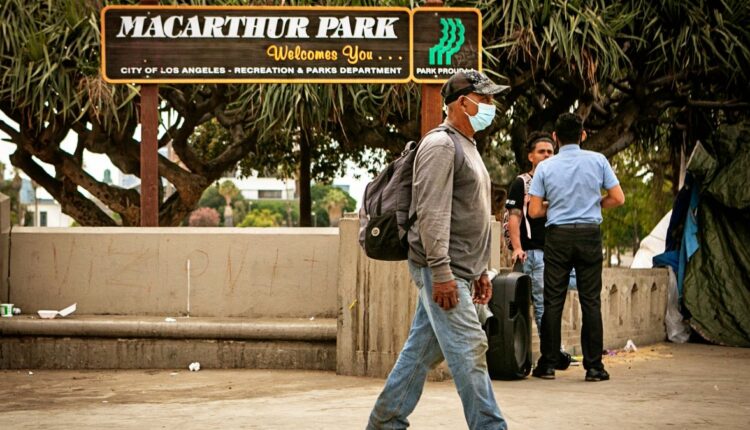 The lakeside portion of MacArthur Park will be closed for 10 weeks as maintenance teams work on projects in this area of ​​the park west of downtown Los Angeles.

The section of the park between Alvarado and Park View Streets and Wilshire Boulevard and Seventh Street will be closed to the projects. Councilor Gil Cedillo’s office said they started offering housing to the people who live in the park from January and 257 people had moved into the house by Wednesday.

Teams with the Los Angeles Homeless Services Authority and People Assisting The Homeless have done the public relations work, and residents of the park have been offered Project Roomkey spots in downtown hotels and motels, Cedillos deputy district director Jose Rodriguez said.

Rodriguez added that while the south side closes, there will be no stopping people living in the park from moving to the north side of the park via Wilshire and the city will continue to reach and collect rubbish for these unhoused residents.

The decision to close the park was criticized by housing advocates on Twitter and compared the closure to that of Echo Park in March. While Councilor Mitch O’Farrell, who oversaw the operation, touted it as a successful housing operation.

Protesters who went to the Echo Park neighborhood in March blew up the city for evicting the park’s residents from what had become a so-called supportive community – including a vegetable garden, working showers and a communal kitchen. In response to protests, hundreds of officers stormed the neighborhood and 182 people were arrested.