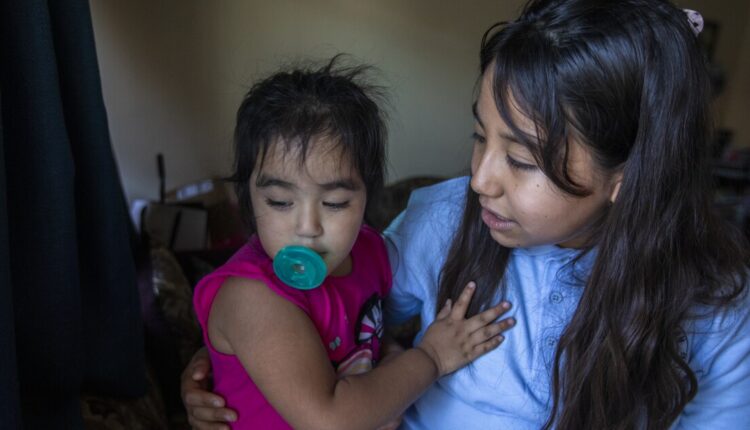 It’s been a while since Sherry Jones’ 15-year-old son has worried about familiar back-to-school activities — getting a fresh haircut, buying school supplies and shopping for cool clothes for the first day.

In a hopeful sign for Jones and other parents, the start of school this month is feeling almost normal after the pandemic traumatically altered the three previous academic years. Yet parental optimism is tempered with lingering concerns about the long-term toll of the COVID-19 years on their children’s education and development.

Many parents — especially those in hard-hit Latino and Black Los Angeles communities — are still grappling with grief from losing loved ones and are alarmed by relaxed safety measures in schools. Among the unmet needs they see in their kids are mental health struggles, developmental delays and academic difficulties — and they are hoping that the return to school will help.

Mental health professionals and educators say parents have ample reason to be concerned.

“These kids have lost at least a year of instruction,” said Montebello Unified School District interim Superintendent Mark Skvarna, whose school system switched to remote learning in March 2020 and did not offer in-person instruction to all students until the fall of 2021 “And there’s a lot of other things that go on, other than instructional rigor, that also help define a child’s growth. And if you stop that for a year or a year plus, then you have a gigantic hole to fill.”

While the effect varies among schools, families and students, a growing body of research supports these concerns.

Academic loss was worse in school districts that remained closed longer and especially worse for poor and minority students already behind their peers, according to data gathered from 49 states by Harvard University’s Center for Education Policy Research.

The researchers concluded that in high-poverty schools that remained remote for a full school year or more, “leaders could provide high-dose tutoring to every student [and] still not make up for the loss.”

In late 2021, US Surgeon General Vivek H. Murthy issued a rare public health advisory on the mental health challenges confronting youth, noting that symptoms of depression and anxiety had already doubled from pre-pandemic levels, affecting about 1 in 4 students.

“We’re now entering our third year of dealing with this,” said Jessica Borelli, professor of psychological science at UC Irvine. “We need to really be thinking about the long-term impact this kind of stress has on our children’s mental health.”

Many parents interviewed by The Times said their children needed counseling and they either had their kids in therapy or were looking for it.

This is especially concerning as school systems have been unable to fill budgeted mental health positions because of a shortage of qualified professionals.

The LA school system is attempting to fill the gap with “telehealth” online and phone services and by contracting with outside firms to send staff to schools. Teachers this week also received their latest round of training in delivering lessons that incorporate social and emotional learning.

Jones said her son was moody and isolated himself during the pandemic, playing video games and complaining about going back to school. But he had always been a good student and she didn’t think he needed any specialized help when campuses reopened last year.

However, she realized, when her son returned from camp, how deeply he has been struggling after he confided that he talked about his mental health issues during a camp discussion.

“I realized that, myself and other parents, we didn’t really check in with our kids mentally. We were just focused on their academics.”

The boy has found a way to cope, Jones said, journaling, meditating and annotating his Bible. But not all children have acquired such practices.

Sofia Quezada of Boyle Heights said her two daughters, who had been self-confident, now “don’t move one foot forward without second-guessing themselves.”

“I’m hoping this school year pushes them into being excited about being involved. I’m hoping they’ll come into their own identity.”

Children across socioeconomic lines will be disparately impacted in the coming months and years, depending on how well they fared during the pandemic, Borelli said. Those with preexisting learning disabilities will have it worse.

“One of the things that’s true about development is that it builds on itself,” Borelli said. Children “can miss out on learning some important developmentally acquired skills that are important for subsequent developmental stages. When people have already moved on, it can be hard to learn later.”

For Katidia Haro’s two daughters, therapy and her ability to be present for them has helped. Her daughters, ages 10 and 14, are excited to go back to Balboa Gifted Magnet Elementary and the Humanities Magnet at Cleveland High School in the west San Fernando Valley.

But Haro said she limits outings with friends because of COVID-safety concerns. “That’s really hard on them,” she said.

LA schools Supt. Alberto Carvalho said that many parents have voiced concerns about relaxed COVID-19 safety measures in the district: Masks are optional; required weekly coronavirus testing has been discontinued. Carvalho insists that the district’s protocols are backed by the evolving science.

He said he’s also had to reassure many parents about the security of campuses in the wake of the mass shooting at an elementary school in Uvalde, Texas.

Although lower-income communities were hardest hit by COVID-19, no schools have been immune to the pandemic’s effects on children. In more middle-class Las Virgenes Unified, which straddles the border of LA and Ventura counties, district leaders are especially concerned about the emotional state of students.

“We want our students engaged and active when it comes to their learning and on-campus experience,” said Supt. Dan Stepenosky. “We’ve pushed hard to bring back the events and traditions that connect students, staff and parents to school: homecoming games, dances, spirit day, proms, in-person open houses.”

The school system also added a behaviorist teacher on special assignment to each middle and high school to address conflicts that arise and to “empower students to solve the natural challenges that occur growing up,” Stepenosky said.

While many parents appreciate the push for normalcy, several Las Virgenes parents, who said they might be in the minority, feel routines are getting back to usual too fast and at the expense of prudent health measures.

Antonieta Garcia said her daughter, about to start middle school, is excited about being more independent but concerned about friends not wearing masks. Esmeralda Marquez, who is entering middle school, often feels anxious when she is around others not wearing masks in public.

The more relaxed health rules will be harder for people in her East LA community, where many lost loved ones.

“Why do families like us need to have this anxiety when they could easily COVID test them? I know families want to go back, but a lot of families, like us, we’re not ready yet,” she said.

For Boyle Heights parent Julia Ortiz, who works as an office tech at an LA Unified school, the top concerns for her 12-year-old are grades and anxiety. The boy is entering Hollenbeck Middle School — and Ortiz fears he isn’t ready.

“Am I going to have recession in junior high?” Ortiz said he asked recently. Ortiz explained that he won’t, and that he’ll have seven classes instead of one.

“He still has that little-kid mentality,” Ortiz said. “He’s nowhere near ready for junior high. He’s not even thinking about being a teenager. That worries me.” Emiliano Ortiz, 12, starts middle school next week, and his mother is worried he isn’t ready after pandemic disruptions.

But she feels it’s time for her son to move forward.

With the youngest children, many parents have noticed delayed motor skills. In elementary school, social skills and finding a sense of independence may be difficult.

Danielle Grays of Watts isn’t sure if her 4-year-old will know how to open his lunch box or unzip his pants in the bathroom when he starts kindergarten at KIPP Compton Community School.

“When you’re at home, you don’t think about these things,” said Grays, who is an early childhood educator. “You just do it for them.”

Her oldest son, 9, was sent home in first grade during the pandemic, a critical year for reading and writing. This month, he’s starting fourth grade.

Grays said she has observed the boy, typically “a character” who loves to socialize, become more anxious. Last year, though he was enrolled full time, he missed more than 30 days of school while having to quarantine after being exposed to COVID-19.

“His writing took a big hit. We’re really working on it,” she said.

All school systems have put in place measures to help students academically. In Montebello, these measures include sharply lower class sizes at all grade levels. In addition, starting last year, about 1 in 13 students were brought into “accelerated learning labs.”

At the elementary level, for example, specially assigned teachers worked with students in groups of five throughout the day providing 45 to 60 minutes of “strategic intensive instruction centered on reading and foundational skills,” said Kaivan Yuen, assistant superintendent for educational services.

Maria Osorio of South Central said that for her four grandsons, extracurriculars, after-school programs and extra help are critical. Three of her grandsons — whom she is raising — have learning disabilities.

“It’s been harder for them to stay at their grade level,” she said. “I worry about that a lot, that they get the help they need. I’ve been fighting for those needs to be covered.”

Osorio said that her grandsons improved academically after participating in an enrichment program, which offers educational support and field trips.

Osorio’s oldest grandson, 15, recently visited USC. The second oldest, 12, went on a trip to Catalina Island. The youngest went camping for a week.

“They came home very happy,” she said. “It’s like a reward for how much they’ve improved in school.”