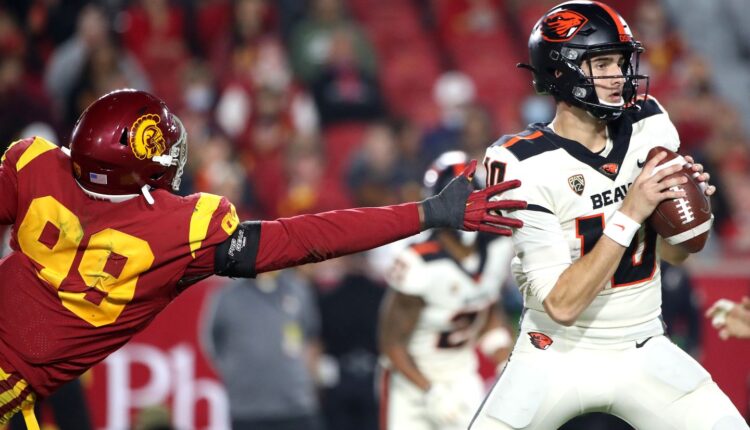 Oregon State beat USC in Los Angeles on Saturday 45:27, the Beavers’ first victory at the Coliseum in 61 years. Oregon State grabbed a 24-game stretch in the series with the win.

The 323 rush yards for Oregon State were most allowed by the USC since 2017 (the Trojans allowed 377 that year against Notre Dame), most by the USC to an unrated team since 2014 when the Trojans left Boston College (452 Yards), and most allowed USC at the Coliseum since 2012 against Oregon (426 yards).

The Beavers, led by quarterback Chance Nolan (15-of-19, 213 yards, four touchdowns) and receiver Tyjon Lindsey (five receptions, 102 yards, two touchdowns), were leading 21:17 at halftime and never gave up the lead.

USC stormed Oregon State for just 76 yards, while the Beavers won 323 yards and two ground touchdowns. Trojans quarterback Kedon Slovis was 31 of 49 with two touchdowns and three interceptions, including the last Trojans drive.