Op-Ed: Volunteering with the Homeless in LA, Challenges and Rewards 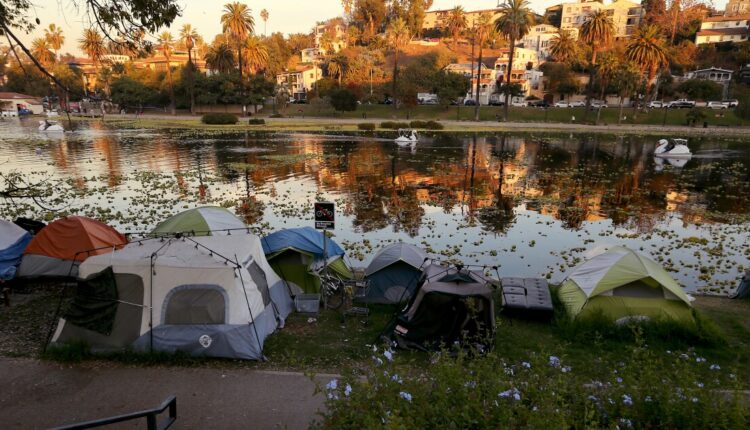 I met J. in 2019, the first time I had done homeless work. She lived on an island in the LA River, hidden by a high wall of arundo reeds. It was bright and lively, with a laugh that could be heard over a quarter of a mile of concrete. I found it intimidating to offer candy bars to strangers, but interacting with J. was easy.

Over the years, I followed her up and down the river as winter rains and city cleaning teams forced her to move. When the pandemic started, I left masks in front of their tent. Once she showed me pictures of her children. Last Christmas I baked their cookies. Volunteers are not supposed to have favorites, but I have and J. is mine.

About half a year ago something broke out in J. She used to be a flaw in society, but she began to isolate herself, surrounded by an increasing accumulation of debris. She lost weight and began to show bouts of paranoia. Her drug use worsened.

Homelessness is invariably entropic, but the decline is not constant and J. has crossed an abyss.

I fear that without help, she will end up dead or completely lost. But J. is not able to find his way around the social service system on his own, and as a private person without formal training or authority I have found myself as a practically unpaid service provider.

J. is one of more than 65,000 uninhabited Los Angeles residents, with approximately 48,000 living unprotected. The Los Angeles Homeless Services Authority, tasked with managing this crisis, is not a centralized agency and has limited operational powers. It works by distributing money to private service providers, each with their own set of guidelines. The resulting chaos is exacerbated by the Byzantine political fabric and geographic sprawl of LA.

Case managers are underpaid and chronically overworked, and turnover is so rapid that many people without a home have never met their case managers. The operational paradigm prioritizes permanent supportive housing over street-level services, and the reality is that LA County doesn’t have anywhere near the amount of housing to house those that currently need it. Nationwide, things look equally bleak – at the current rate of construction, it will take 40 years to address the housing shortage that doesn’t explain the inevitable growth in the uninhabited population.

In short, it will be a long time before J. has a place to call her own, and she doesn’t have that time. The quickest way to get her out of her tent is to move her to makeshift accommodation – a bed and cubicle in a large public dormitory. It’s a small first step, but it will at least keep your daily safety safe.

But the accommodations are operating at lower capacities due to COVID, and just to get J’s name on the waiting list they have to use back door contacts I acquired over the course of my time volunteering. The process turns out to be opaque and requires communication with a staggering number of people.

J.’s recording date is changed, canceled, canceled and changed again. Her phone never works and I’m at the river almost every day coordinating the recording process and keeping her spirited up. She can only bring two suitcases to the shelter, so we spend a boiling Friday afternoon packing some of her belongings for safekeeping.

Every step of this process underscores his brokenness, but I still feel atypically positive the day J. is supposed to move into the shelter. I report from a hole in the fence that J. serves as a door. If she doesn’t answer, I’ll go in. Even with what we put away, there are still tote bags full of clothes and housewares and broken electronics. After she doesn’t answer a third time, I break an iron rule and open J’s tent without permission.

Finding it empty is like a punch in the stomach – a moment of shock and then mounting pain.

Living on the streets of LA means dealing with brutal conditions: weather devastation, lack of access to hygiene, substance abuse and untreated chronic physical ailments. Theft is constant and violence, especially against women, is terrifying.

It is madness to believe that living under such conditions would not affect a person physically or psychologically. People who need help aren’t always polite, don’t always say thank you, or always show up for appointments. It’s frustrating, but it’s irrelevant. We must stop treating housing and homelessness services as if they were a reward for good behavior.

The question is not whether the people who live in your neighborhood camp are worthy of help, but whether they should live in camps at all. We have to keep trying, for our own sake as well as for the sake of the unhoused. If we allow the weakest among us to die on our streets, the humanity of all of us must be diminished.

When I find J. days later, she is frantically high and remorseful like a truant. She explains that she was afraid that she couldn’t bear to leave her things behind. She says she knows she has a problem. She says she wants to go to rehab. She says she needs help.

The latter is certainly true.

Daniel Polansky is a writer who lives in Los Angeles.