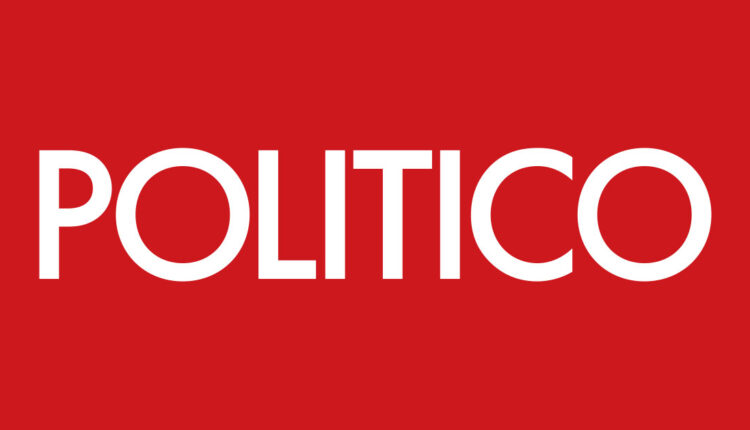 THE BUZZ — AS GOES, SO GOES: California is once again leading the nation on the coronavirus, but not in a good way.

A San Francisco resident has contracted a mild case of the new Omicron variant, officials announced on Wednesday — the first person in America to have been confirmed infected with the strain. The development may reflect San Francisco’s status as an international travel hub. It also comes nearly two years after Solano County recorded the nation’s first non-travel infection, a harbinger of the nascent global outbreak. It later emerged that America’s first known Covid casualty was a Santa Clara County woman who died in February of that year.

After the Bay Area became an early coronavirus epicenter, it transformed into a national leader in aggressive health orders that kept cases relatively low. So while none of us wanted to hear Anthony Fauci yesterday intone the words “California,” “San Francisco” and “Omicron” during a White House briefing, Gov. Gavin Newsom and California public health officials moved quickly on Wednesday to urge vigilance over panic.

Gov. Gavin Newsom announces the confirmation of California’s first case of the omicron variant of Covid-19 during a visit to a vaccination clinic at Frank Sparkes Elementary School in Winton, Calif., on Wednesday, Dec. 1, 2021. | Andrew Kuhn/The Merced Sun-Star via AP

“It’s not surprising in many respects that California is announcing the first case,” Newsom said. “This state, after all, is the birthplace of biotech, of life sciences.” He cautioned that as news of the case rippled out, “the panic’s gotten ahead of the information,” and he repeated the winter-is-coming admonition he’s broadcast for weeks now.

“Let’s continue to do what we’ve done,” Newsom said, touting California’s high vaccination rates. “Let’s double down on our vigilance.”

LOOKING AHEAD: There is an undeniable anxiety hovering behind this. Will we see another round of lockdowns or restrictions on commerce and education? Newsom’s answer: Not if you do your part to suppress infection rates by getting vaccinated.

BUENOS DÍAS, good Wednesday morning. Vice President Kamala Harris is hitting the road to North Carolina today with Transportation Secretary Pete Buttegieg, who has generated presidential succession buzz as some Democrats fret Kamala’s prospects. Mayor Pete has denied anything’s amiss — and it seems like this jaunt will at a minimum be friendlier than if it were him and Sen. Amy Klobuchar.

Got a tip or story idea for California Playbook? Hit [email protected] or follow me on Twitter @jeremybwhite.

QUOTE OF THE DAY: “The trigger wasn’t pulled. I didn’t pull the trigger.” Actor Alec Baldwin in his first interview since the fatal “Rust” set shooting.

TWEET OF THE DAY: Rep. Jackie Speier @RepSpeier on SCOTUS looking inclined to curtail abortion rights: “We are not going back! 5 decades of precedent have respected the right of women to make their own decisions about whether or not to have abortions. And don’t let Republicans fool you. This isn’t about the sanctity of life. It’s about controlling women.”

BONUS TOTD: Historian @JakeAnbinder on Omicron showing up in SF: “My sources in San Francisco have told me not to worry—omicron is already being priced out of the city and will be living in Stockton by tomorrow”

Every person deserves access to high-quality, affordable health care when they need it.

Our Health California, a grassroots advocacy community with more than 1 million supporters, is dedicated to advancing access to health care in every corner of our state. We speak out to build healthier communities and ensure equitable care for all.

Our Health California is sponsored by hospitals, health systems, and the California Hospital Association. Learn more.

WANING WATER — “California officials slash water deliveries, say ‘mandatory cutbacks’ could be next,” by POLITICO’s Debra Kahn: It’s the first time California has made an initial prediction of zero percent of contracted deliveries to the 29 urban water agencies around the state that receive supplies from the State Water Project. State officials also warned that mandatory conservation orders could come later this winter if precipitation remains low.

NEWSOM — “Dyslexia traumatized Gavin Newsom as a child. Here’s how aides say it affects him as governor,” by The Sac Bee’s Sophia Bollag: “For Newsom, who wrote a children’s book about dyslexia that comes out next week, the trauma of going through school struggling to read still haunts him. Amid all his success, he continues to read materials as many as three times to master them.”

ABORTION ARGUMENTS — “Conservative Justices Seem Poised to Overturn Roe’s Abortion Rights,” by Kaiser Health News’ Julie Rovner: “A newly conservative Supreme Court on Wednesday heard the most serious legal challenge in a generation to a woman’s right to obtain an abortion. And judging from the questions asked by the justices, it appeared possible — even likely — that a majority of them could vote to turn the thorny question of whether to allow abortion and under what circumstances back to individual states.”

GARCETTI’S COMPLICITY? — “‘The Mayor Knew’ Eric Garcetti’s top aide was a serial harasser, according to multiple accusers. The mayor, they say, ignored it,” by The Intelligencer’s Alissa Walker: “For the past decade, those who experienced or witnessed [Rick] Jacobs’s alleged harassment say this has been the line delivered behind closed doors to them by the Garcetti administration: Yes, we know about Rick, but he’s the mayor’s friend and there’s nothing we can do.”

ANOTHER ONE — Frazier joins wave of California Assembly resignations, by POLITICO’s Jeremy B. White: Frazier’s office confirmed he was resigning effective Dec. 31 and would seek a new job in the transportation sector. … Frazier joins the swelling ranks of Assembly Democrats who are leaving before they are termed out in 2024.

1,493 DEATHS … AT LEAST — “1,500 unhoused LA residents died on the streets during pandemic, report reveals,” by The Guardian’s Sam Levin: “In encampment communities that have suffered losses, some residents live in fear that their friends and loved ones could be next. ‘When pillars of this community die, it’s such a hard hit,’ said La Donna Harrell, an unhoused resident and organizer involved in the report, who lives at a street encampment in the San Fernando Valley that has lost multiple residents to sudden deaths.”

‘GRIM FIGURES’ — “‘Devil on the loose’: What’s behind Kern County’s soaring homicide rate?” by CalMatters’ Nigel Duara: “With its back to the desert, Kern County is the southernmost band of California’s conservative Central Valley. … And along its rural northern border is a long-running war between rival prison gangs that helped make this county so violent. The homicide rate in Kern County in 2020 was 12.7 per 100,000 residents, the highest of any California county, according to the Department of Justice.”

— “Oil demand, climate change clash in California pipeline plan,” by the AP’s Michael R. Blood: “A proposal to replace an oil pipeline that was shut down in 2015 after causing California’s worst coastal spill in 25 years is inching though a government review, even as the state moves toward banning gas-powered vehicles and oil drilling.”

NEW POLL — “L.A. voters angry, frustrated over homeless crisis, demand faster action, poll finds,” by the LA Times’ Benjamin Oreskes and David Lauter: “Most voters continue to express empathy for homeless people, but also impatience and disappointment with the region’s leadership, according to the polls.”

— “Trial begins in challenge to California women on boards law,” by Reuters’ Jody Godoy: “Opening statements got underway on Wednesday in a lawsuit challenging the legality of California’s law requiring publicly held companies to include women on their boards, a case that will test the state’s authority to address disparities in corporate power.” 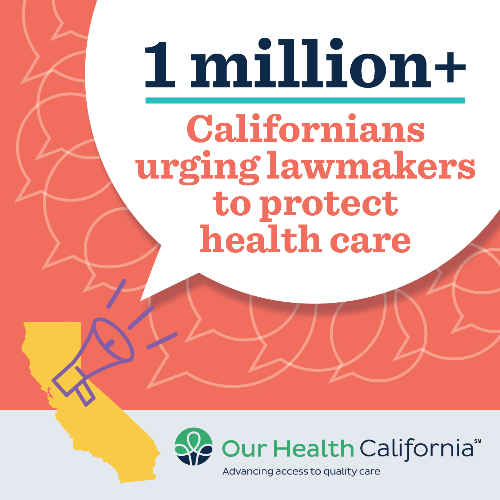 — “Symone Sanders to leave the VP’s office, by POLITICO’s Eugene Daniels: Sanders is the highest profile exit and the second high-profile one from the Harris team in the last month.

— McCarthy tries to keep order within House GOP as Dems debate Boebert punishment, by POLITICO’s Olivia Beavers and Heather Caygle: The California Republican has sought to handle internal strife privately in a bid to avoid alienating any of his members as he looks to both retake the majority and win the speaker’s gavel next Congress.

ENDORSEMENT WATCH: Rep. Karen Bass, who is running for mayor of Los Angeles, is holding a presser today with Rep. Adam Schiff to discuss to “the future of Los Angeles,” per a release.

— “How much will California redistricting shift political power?” by CalMatters’ Sameea Kamal and Jeremia Kimelman: “Redistricting won’t change that California is a blue state. But it could decide just how blue it is… [P]arty politics shadows the entire process — and the citizens commission is getting plenty of outside pressure as it meets this week to cull through public comment on its preliminary maps and consider changes.”

— “Those Cute Cats Online? They Help Spread Misinformation,” by NYT’s Davey Alba: “Sometimes, following a feed of cute animals on Facebook unknowingly signs users up as subscribers to misleading posts from the same publisher.”

— “‘This Is Blackface’: White Actors Are Playing Black Characters In Virtual Reality Diversity Training,” by BuzzFeed’s Emily Baker-White: “The simulations, created by corporate education company Mursion, are hypothetical scenarios between a participant and animated humanoid avatars. … Mursion’s actors, called ‘simulation specialists,’ work alone, playing all the roles in each simulation by using a voice modulator and remote controller to switch between characters. As a result, they often play characters of a race and gender different from their own.”

— “Disneyland sold out for the rest of December,” by the OC Register’s Brady MacDonald.

— “California contains parts of 3 of the deadliest US interstates, report shows. Here’s where,” by The Sac Bee’s Brianna Taylor.

NAME CHANGE — “Why it cost California tens of thousands of dollars to rename a small state park,” by SFGATE’s Ashley Harrell.

Access to quality health care is a right and not a privilege for some – a service for all.

Our Health California, a grassroots advocacy community of more than 1 million people, is dedicated to building a healthier society. We champion equitable access to affordable, high-quality health care because every Californian deserves to get the care they need, when they need it.

Our Health California connects health care supporters and patients to their state and federal lawmakers. Working together, as one powerful voice, we advance care in every community – including health to behavioral health – because patients across the Golden State deserve access to greater control of their health and their future.

Our work is supported by our state’s hospitals, health systems, and the California Hospital Association.

CALIFORNIA POLICY IS ALWAYS CHANGING: Know your next move. From Sacramento to Silicon Valley, POLITICO California Pro provides policy professionals with the in-depth reporting and tools they need to get ahead of policy trends and political developments shaping the Golden State. To learn more about the exclusive insight and analysis this subscriber-only service offers, click here.

Want to make an impact? POLITICO California has a variety of solutions available for partners looking to reach and activate the most influential people in the Golden State. Have a petition you want signed? A cause you’re promoting? Seeking to increase brand awareness amongst this key audience? Share your message with our influential readers to foster engagement and drive action. Contact Jesse Shapiro to find out how: [email protected].

As Climate Worsens, Environmentalists Grapple With the Mental Toll of Activism