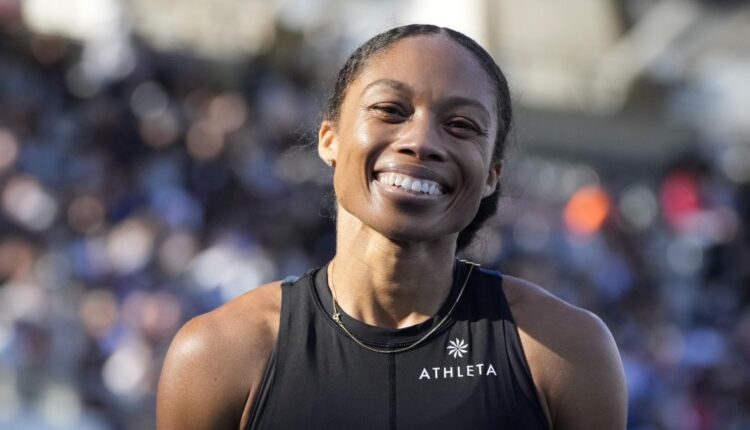 The most decorated track athlete in US history holds a street race in LA this Sunday – to celebrate her retirement and advocate for woman.

Her last race was two weeks ago, ending a stunning 20 year competitive career.

On Sunday, “Athleta Presents the Allyson Felix Race for Change” is a chance for the most decorated track athlete in US history to celebrate with her hometown, and to get on with her next chapter, advocating for women in sport.

When she thought about how to mark the moment, Felix says the answer was clear.

“How do I really want to end things? Where do I want to celebrate? And of course the answer was in my hometown in Los Angeles.”

Felix was born in Los Angeles, attended Los Angeles Baptist High School in North Hills and then graduated from the University of Southern California.

This weekend, at Race for Change, Felix will run with an even younger teammate.

“I’m super excited for the mother daughter race, the relay. Me and my daughter Cami are going to be doing that.”

This female-focused event embodies Felix’s past – and her future. It is a festival style road race, for women of all ages. The event will provide free childcare for race participants, as Felix hopes to raise awareness for equitable, and accessible childcare.

“I just remember when I came back from having my daughter and I was competing and I was traveling around the world and it was just so hard.”

Felix was beginning to find something else to chase.

“I really kind of focused in for my first priority, to support mom athletes and to be able to offer childcare on site at events.” For the last few years, Felix has been building a track record as an advocate for women, especially athletes who are mothers.

In May of 2019, seven months after she had her baby, she called out her sponsor, NIKE in an op-ed in the New York Times, writing “Nike wanted to pay me 70 percent less than before.”

The once “shy” teen, declared that she was not willing to accept the “enduring status quo around maternity.”

She asked Nike to “contractually guarantee that I wouldn’t be punished if I didn’t perform at my best in the months surrounding childbirth.”

Soon after, Nike changed their maternity policy for sponsored athletes.

Felix says much of her inspiration and motivation off and on the track, came with the birth of her daughter Cameron. She says since Cami’s arrival she has been “running for a greater purpose,” dedicating herself to a better future for woman and girls. And Cami.

When Felix decided to compete in the race season that followed her final Olympic games, it was in part so her daughter could see her run.

For Felix seeing, and hearing, Cami in the stands was everything.

“She’s screaming at the top of her lungs, ‘Go mommy go!’ Those are moments that I’ll cherish forever.” Being Mom to Cami.

Working on the Athlete Advisory Commission for the LA28 games.

Allyson Felix is ​​retired, but she is not slowing down.